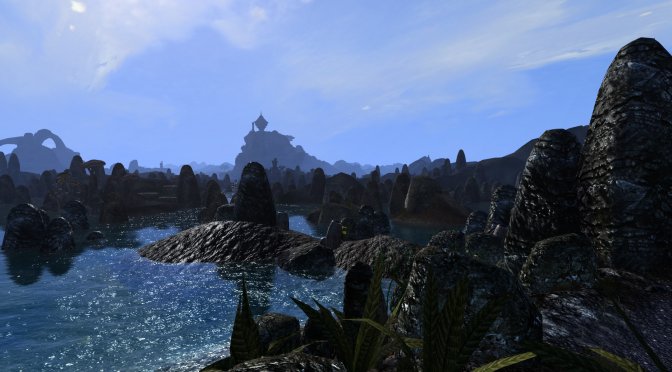 Modder ‘Hasphat’ has released a new overhauld mod for The Elder Scrolls III: Morrowind. This mod, which is 2GB in size, adds normal maps to all exterior environments. This basically means that there are normal maps for the terrain, rocks, trees, buildings, armors, weapons, and creatures.

Do note that the modder has used a number of texture packs in order to create this mod. As such, and in order to get the best possible results, Hasphat recommends using these mods  before installing this “normal map” pack.

Required Texture Mods (install in this order):
On The Rocks
khajiit Heads
Improved Argonians (meshes too)
Darknuts Weapons
Darknut’s Armor
Landscape Retexture
Vivec/Velothi Retexture
*Hi-Rez Native Styles (just the textures, not the meshes [they have issues])
Outlander Styles
Note:  Keening and Sunder are based on Kane’s Keening and Sunder, and I don’t know where to find them anymore, but they have different meshes that call for different texture files, so if you don’t have them Keening and Sunder will not be bumped

Those interested can download the mod from here. In order to showcase the visual improvements that this pack brings – alongside the other texture packs – the modder released the following screenshots.