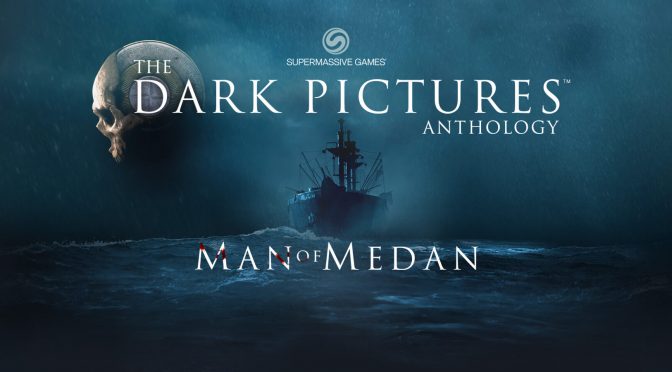 Man of Medan is Supermassive’s new game coming out at the end of August. The game is categorized as interactive drama horror, pretty much like Until Dawn, which was pretty entertaining. I even made it out without losing a soul. Spoiler alert, in these games you die a lot and no, I do not mean Dark Souls dying but rather more like State of Decay dying. Permadeath, I am talking about permadeath.

“We already wanted a wide co-op element, but certainly [after] seeing the way people played Until Dawn in their groups as couch play, we would feel kinda stupid not to support it. The co-op play we have in place was based on all the lessons that we learned from Until Dawn and how much we enjoyed making it. We wanted to go down that road, again, but change it up this time--make it different.” Pete Samuels, Executive Producer.

That’s actually true, I played Until Dawn with my best bud and it was quite nice.  Of course in these type of games, where choices matter (or seem to matter), the player will always have to make the hard call. Still, it’s cool having a friend influencing you every step of the way. So yes, I’m pretty excited for the proper co-op implementation.

“We weren’t sure how it was going to work either. So, we developed a prototype, just two characters, just a conversation, over a network with one player controlling the choices of each of the characters. And what we were trying to figure out was could we make the conversation feel natural, be dramatic, unbelievable, yet both players feel like they were influencing it, pushing it in a direction like in real life. As soon as we left that prototype, we knew we had something and we that we could build a game around it.” Pete Samuels, Executive Producer.

Now while Until Dawn as a whole is fine, the choice feature is not. Most of them are kinda superficial. For example two of the main protagonists of Until Dawn cannot die no matter what (they can only die in the end), but at least the game tries to make it believable. With this new title I am hoping the devs will make choices having a deeper impact on the story-line. I don’t know about you guys, but personally I love when games do not show you the impact of your choices right away. People who have played the Witcher 3 will know exactly what I mean.

“The biggest thing that helps protect us [from griefing] is that you only play the story with a friend, said the executive producer. “It’s not matchmaking, and you’re never going to play with someone you don’t know. We’ve said before, but there’s so much branching in the plot. There’s much more than we’ve ever done.” Pete Samuels, Executive Producer.

Here you can watch the latest trailer:

You can also watch some co-op gameplay:

18 Minutes of Man of Medan Co-op Gameplay (Both POVs)