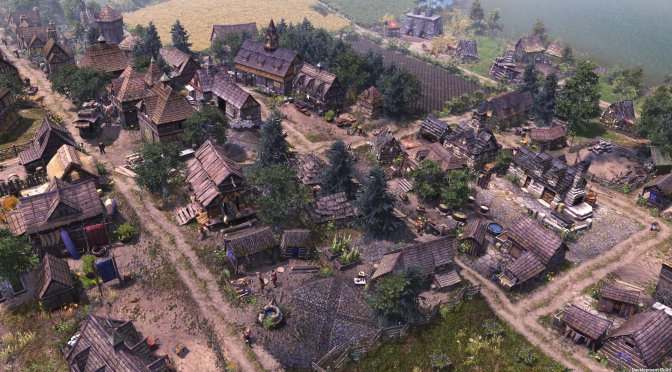 Crate Entertainment, the team behind Grim Dawn, is currently working on a new real-time strategy game, called Farthest Frontier. In order to celebrate this announcement, the team released a gameplay trailer that you can find below.

In Farthest Frontier, players will protect and guide their people as they forge a town from untamed wilderness at the edge of the known world. Players will harvest raw materials, hunt, fish and farm to survive. Additionally, they will produce crafted items to trade, consume, equip and fight with as they battle for their survival against the elements and outside threats.

The game will enter Steam Early Access later this year, and will remain in Early Access for 4-8 months. This Early Access version will have the core systems and features. Moreover, it will provide 10+ hours of gameplay. Players will start off with settlers in the wilderness and progress through 4 tiers of town-building and defense against raider incursions.