Lace Mamba Global revealed today the extra content of Customers of The Book of Unwritten Tales’ retail edition. The game’s retail edition will include a 36 page art book, showing a selection of the game’s most beautiful character and concept artworks and thus giving insights into the development process. Additional contents are a soundtrack CD and a double-sided A2 artwork poster. The recommended retail price is £24.99. Publisher Lace Mamba Global plans to release The Book of Unwritten Tales on October 28th, 2011.
The Book of Unwritten Tales is a humorous point & click adventure homage to the RPG and fantasy genres, its books, movies and games. Filled with plenty of weird characters and dark humour, the game features four playable heroes: The little gnome Wilbur, the elf princess Ivo, a human adventurer named Nate, and The Critter, a shaggy creature that Nate adopted on one of his journeys, and hasn’t stopped trotting behind him ever since. Their skills have to be used wisely to solve the game’s puzzles, particularly on those that can only be solved by working as a team.

Featuring about 20 hours of gameplay in a massive game world with detailed graphics, The Book of Unwritten Tales offers more than 150 mind-boggling puzzles and numerous crazy characters, ranging from two-headed ogres and vegetarian dragons to good-natured zombies. 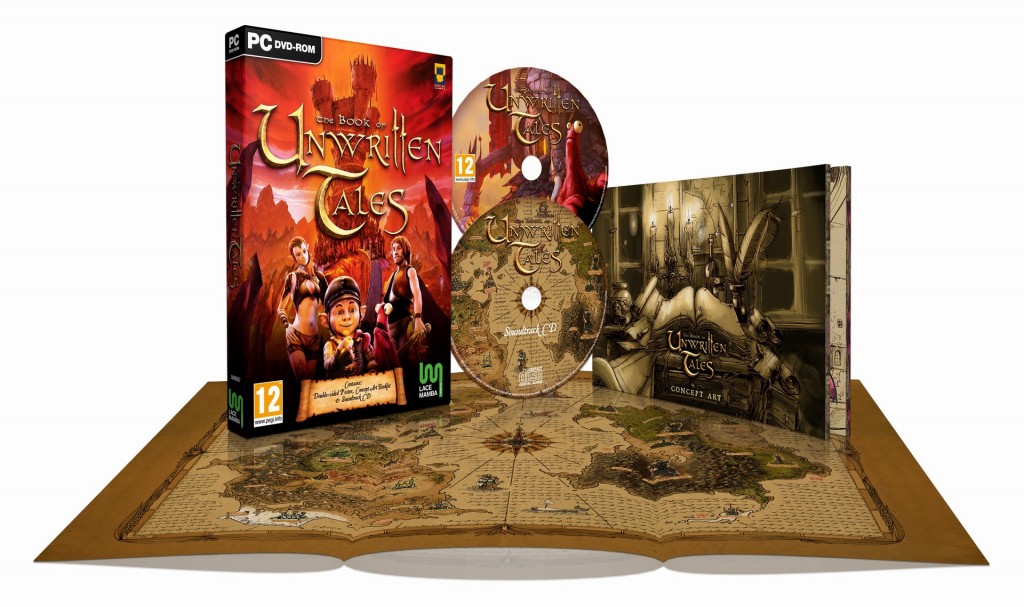