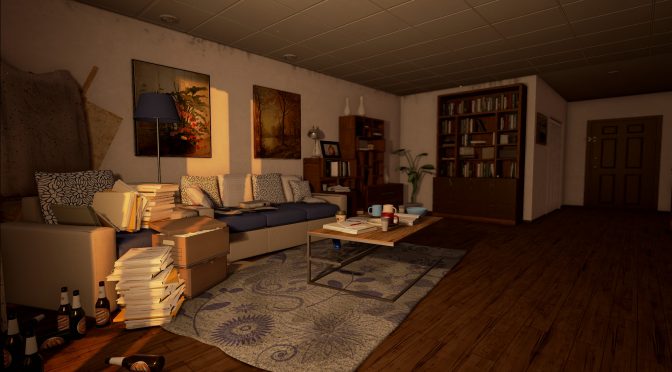 Shattered Mirror has released a new video for its upcoming game, The Apartment, showing 13 minutes of gameplay footage. The Apartment is a small psychological thriller that mixes first-person detective adventure game, action and psychological horror with some interesting puzzles.

According to the developers, the game will last around 4,5 – 5,5 hours and the main story will culminate in grand, action-packed finale. Furthermore, The Apartment will rely heavily on solving puzzles.

The horror part of The Apartment is focused more on psychological horror, rather than jumpscares or survival horror. There is no monster hunting you down and there is no threat that you can see. The main purpose is to create unsettling and eerie atmosphere and make the player as uncomfortable and creeped out as possible.

The Apartment will release later today on Steam.