Frogster has reminded us that TERA is slated for release next month and we felt the need to inform you about some of the game’s details. First of all, players are now able to pre-order it and the game has been rated PEGI 12. TERA is currently planned for a May 3rd release and there will be some differenced between the digital and the retail versions. In addition, the company has released a ‘pre-order’ trailer for it that can be viewed below.

Players can now buy either a digital or retail pre-order version of TERA. If you pre-order TERA, you’ll receive special items such as a ring and earring, as well as a special mount. The type of mount depends on the retailer and version you choose.

All pre-order versions include the following:

•A head start on other players – Access the game five days ahead of the actual launch on the 3rd of May 2012
•CBT & OBT access – Access to all closed & open beta tests of TERA in Europe
•Name reservation –You’ll be able to create a character and secure your favourite character name before things kick off.

Aside from the basic pre-order package, you can of course also buy the full standard edition or the full collector’s edition, either as a retail or digital version.

In case you’re wondering, the standard and collector’s editions include 30 days of gameplay, the client, and a quick-start manual. 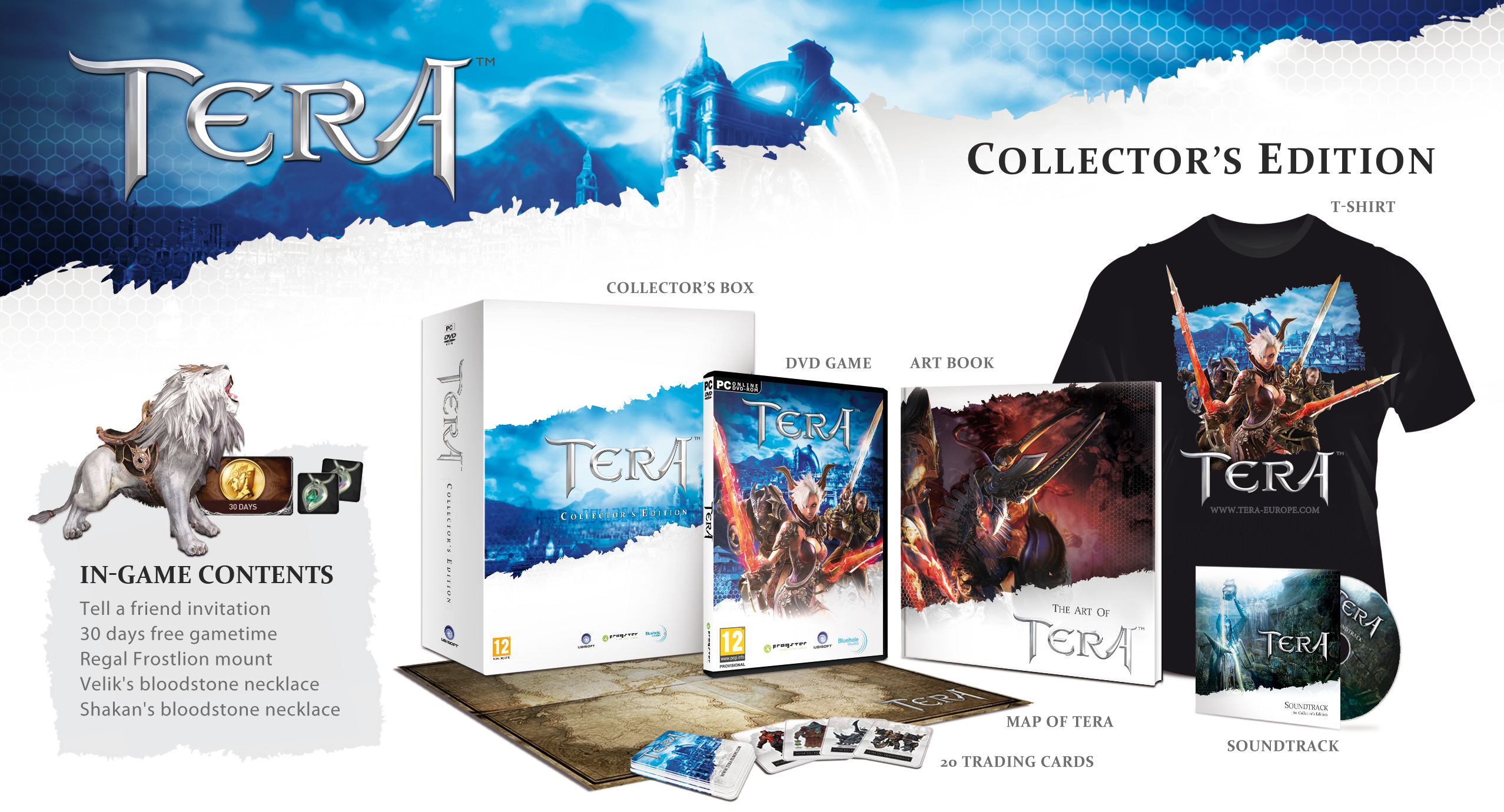