Now this literally came out of nowhere. Telltale Games is a company that a lot of gamers adored for its The Walking Dead games, as well as its other projects like The Wolf Among Us Batman – The Telltale Series and more. However, the company has announced that it is closing down, with only 25 employees remaining to fulfil the company’s obligations to its board and partners. And yes, the second season of The Wolf Among Us has been cancelled.

According to the CEO Pete Hawley, the team has ran out of time and despite some amazing reviews for its latest games, these games did not sale well across the board. As such, the team has made the decision to begin a majority studio closure. 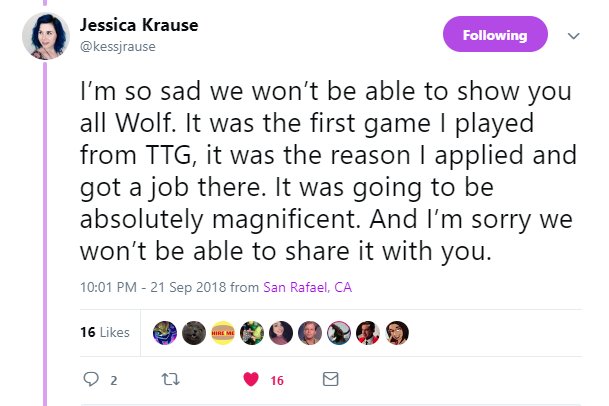 As for The Wolf Among Us Season 2, Jessica Krause confirmed that it has been cancelled and that it won’t be released.

We also don’t know whether there will be any future support for the latest Telltale games that are currently available and still suffer from bugs and glitches.

Telltale Games was one of the very few companies that benefited from episodic releases. However, it appears that the market has moved away from such releases and the closure of this company proves that there is no future at all to episodic games (unless of course you are Square Enix and are making an episodic version of Final Fantasy 7).