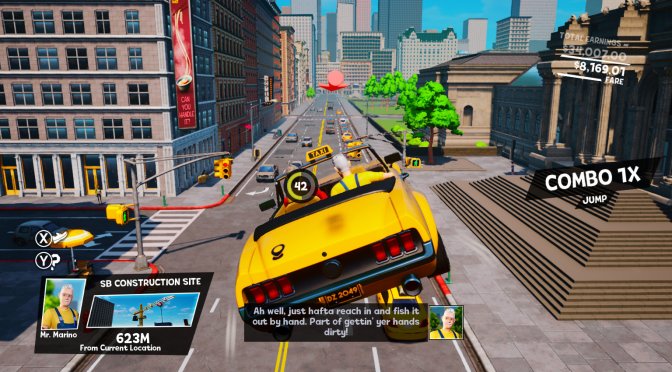 Lion Castle and Team6 Game Studios have announced that their cab driving game, Taxi Chaos, will release on PC on October 19th. In this game, players will get behind the wheel and experience a brand-new taxi experience.

Players will drive around the city as the seasoned cab driver Vinny or the self-proclaimed ‘influencer’ Cleo, and pick up the craziest of customers.

Basically, this is a new Crazy Taxi game. This game came out exclusively on consoles, and it’s now being ported to PC. Below you can also find its key features.