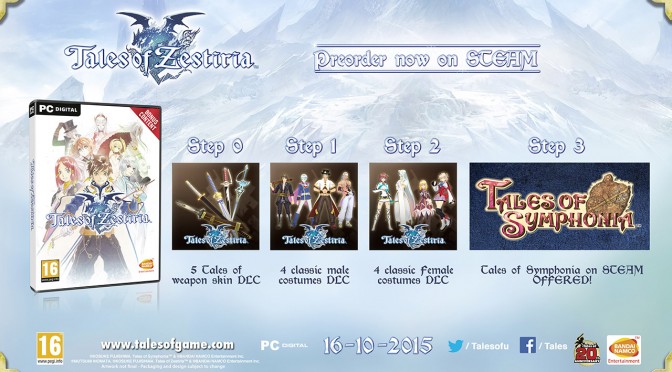 Bandai Namco revealed today that an HD version of Tales of Symphonia is coming to Steam in 2016. Fans across Europe, Middle-East, Africa and Australasia will be able to play the game on PC and enjoy this HD version of an all-time classic.

Moreover, Bandai Namco revealed that the pre-purchase bonus for Tales of Zestiria on Steam will depend on the number of pre-orders. Once the pre-purchase reaches a certain milestone, bonus content will be made available for all users where the final step is Tales of Symphonia HD is given to all Steam pre-purchasers. 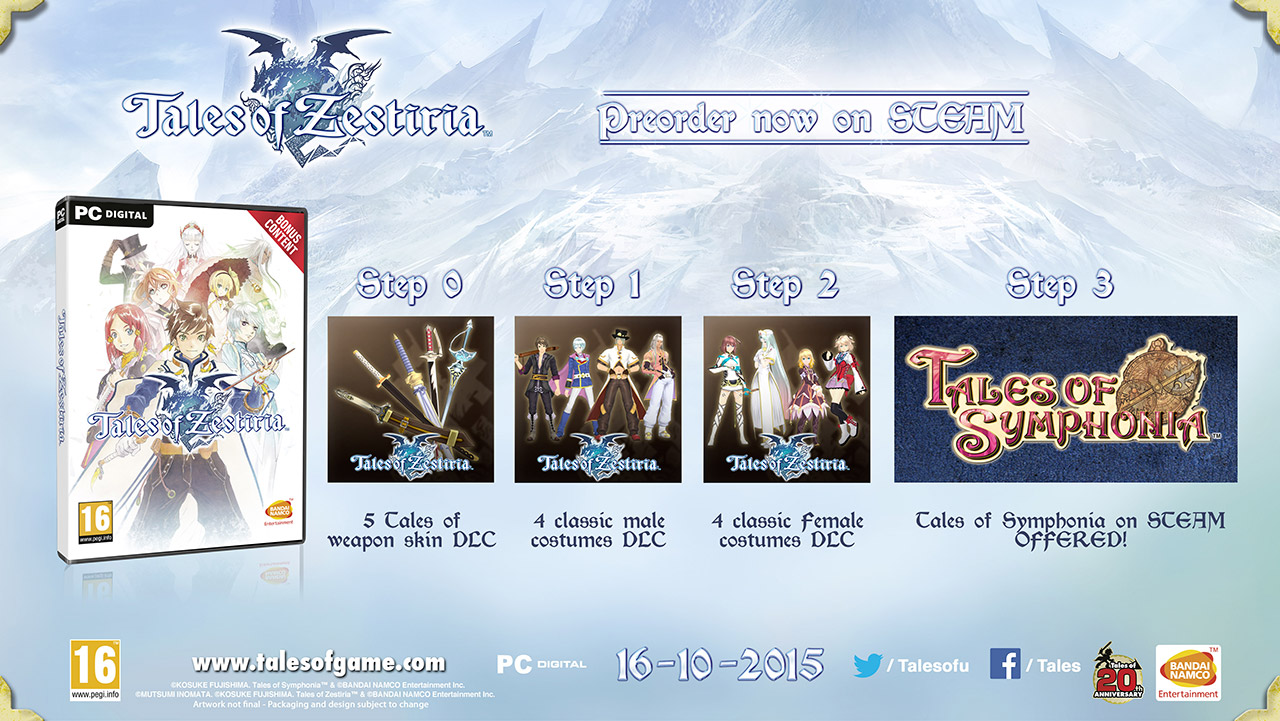 “As we announced during our Level-Up event, 2015 is full of surprise for TALES OF fans. Bringing TALES OF ZESTIRIA to PlayStation®4 and PC was our first step towards the celebration of the 20th Anniversary, bringing TALES OF SYMPHONIA HD, an all-time favourite, to PC is now the second step! We are working hard to bring more exciting content for Tales Of lovers in Western countries, and we hope that our efforts are appreciated!”