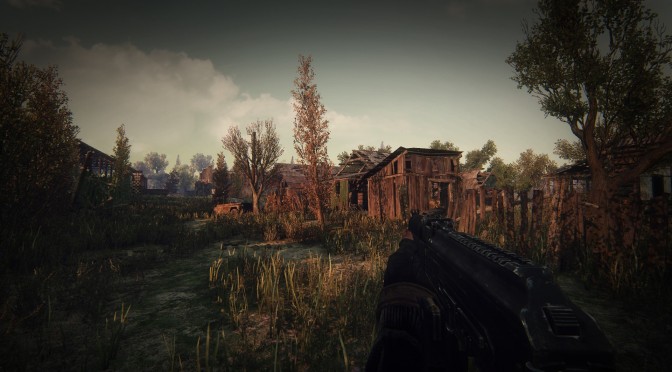 Vostok Games has revealed the first details for Survarium’s upcoming ‘Freeplay’ mode. As the company noted, Freeplay is a separate game mode that combines elements of the story, the conflict between players and survival in a hostile world. Players will be able to perform tasks for factions, participate in random events and explore the map in search of valuable items.

In Freeplay, players only have one-life and death can come at every turn. One careless step and your character will return to the game lobby and all you’ve found will remain near your dead body.

“The Freeplay map is much, much bigger than a usual PVP location. There are several large structures, which differ according to the risk and difficulty of gameplay. New players in a weak outfit will not be able to explore the entire map. The most dangerous areas will be available only to players with the best gear and access to some areas will require playing through the story quest chain.”

As the team noted, there will be no time limit for gameplay in an area but there will be a limit on the number of players that can be in the location. Also, in order to leave the location the player must travel to one of the special locations which are located on the edge of the map where he will be asked if he wishes leave the map.

What’s also interesting is that the game’s world will continue without the participation of the players. This means that mutants will periodically attack the survivors and the survivors will fight mutants or each other.

“Each event is a source of side quests for players. Depending on which faction has the most players, the balance of power can be shifted and make story missions easier or harder. Events and mission locations are closely connected with the narrative plot. So the first location of free play will be fully dedicated to the events of the first season. Its content will vary, depending on how Survarium’s plot develops. (We will go into more detail about the development of the story in the last part of our developer diary).”

Survarium’s Freeplay mode will also feature a terrifying Storm anomaly. Approximately every 2 hours of real-time the Storm will occur. About 15 minutes before the start of the Storm players receive a warning and the game world will stop allowing new players to join. In the allotted time, the remaining players must find shelter or leave the area, otherwise they will perish. After the storm has passed there will be a number of very valuable items scattered around the area. Survivors of the storm get a 10 minute head start to search for these prizes after which some of the prizes are destroyed and the location accepts newly connecting players.

As you’d expect, in Freeplay mode players will be able to develop their characters. Moreover, around the map players can find items that will give them money, experience, and reputation but only if the player is able to leave the map carrying them. If killed all items carried by a player are dropped and can be picked up by another player.

Survarium’s Freeplay mode will feature three types of quests. Story quests are given to the players in the lobby. They are associated with advancing the plot and can only be done in Freeplay mode. Story quests allow multiple solutions and are added to the game as the story progresses with updates.

Secondary quests are issued on behalf of a faction, with which the player cooperates. This quest is issued at the entrance to the location and usually indicates some side goal or solution to the current story quest.

In addition, there are random quests which the player receives during the game directly while playing.

Survarium will also display “counter contacts”, indicating the number of other players in the range of approximately 150 meters. Thus, players will be able to see which players are nearby, as well as contact them.

In addition, each player in Freeplay mode will have “karma”.

“If you help others and behave well, your karma grows. If you do despicable actions, kill other players – karma falls. Your karma is visible to other players. Moreover your quests depend on it and your life can depend on it (for example, a bounty can be put on your head). Karma is saved between game sessions.”

Survarium’s Freeplay mode sounds amazing, so it will be interesting to see whether Vostok Games will deliver!