Super Meat Boy, the cult retro jump’n’run gaming phenomenon from the internet, will hit the UK retail stores in two editions: Publisher Lace Mamba Global is going to release the Ultra Edition as well as the Ultra Rare Edition, which includes an additional T-Shirt. Both editions will be available on August 26th, 2011, in retail stores throughout the UK and Ireland. 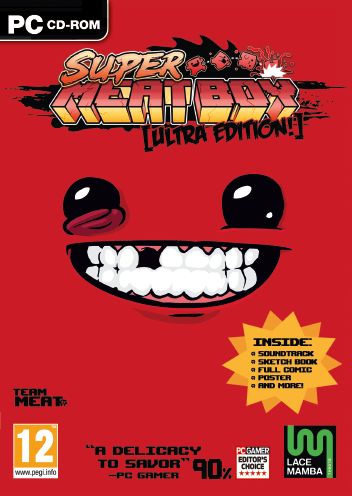