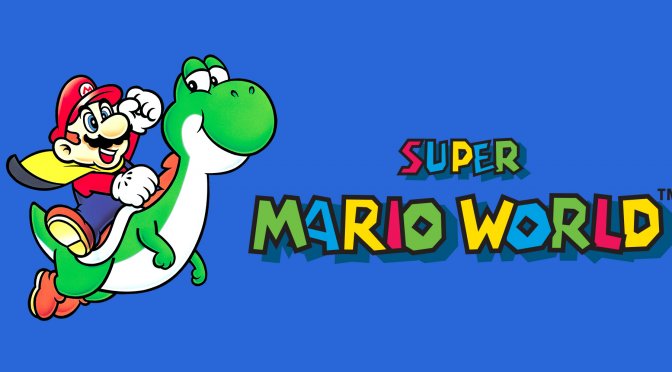 Often times I think to myself how much I would appreciate native widescreen support in beloved retro titles. One no longer has to lust over the concept for Super Mario World with the recently released Super Mario Widescreen project.

SMW Widescreen is planned to be released soon. Stay tuned in for updates! pic.twitter.com/bBf1qHqYhe

Rom hacker Vitor Vilela released his project with 16:9 support and it’s available via GitHub, with plans for more aspect ratios like 21:9 planned. From the project’s github page:

Super Mario World Widescreen is your beloved Mario World SNES game but in the 16:9 resolution. This is possible by expanding the horizontal resolution by 96 pixels, increasing resolution from 256×224 to 352×224. Since the original SNES does not have this resolution, the emulator focused into high definition mods bsnes-hd must be used.

All aspect ratio has the intended 8:7 pixel aspect ratio from the original SNES Picture Processing Unit. This means that the screen you will see is like how would you see on a real TV screen connected to the SNES, except expanded to the widescreen resolution!