doublesix games, the award-winning independent studio creator of  Burn Zombie Burn!, announced today Strike Suit Zero; a unique arcade space shooter in which players will fly a transforming fighter – known as a “Strike Suit” – as they battle to save the Earth.  Strike Suit Zero will be digitally released on the PC and game consoles in early 2012.

Strike Suit Zero is an action-packed arcade game set in the final hours of a future Earth.  The clock is ticking; your planet is about to be destroyed and its only hope is the Strike Suit; an advanced, transforming spacecraft that empowers the player with ludicrous firepower and awesome abilities. Every second is precious; you’ll be forced to fight with fury, choose targets on instinct and make snap decisions that will not only affect the outcome of your mission but your path through the game and the ultimate destiny of seven billion lives.

“Strike Suit Zero is inspired by the classic space combat games we all love. But our game goes further – it takes that inspiration, pumps up the pace and injects a massive sense of urgency to excite and challenge the player.” 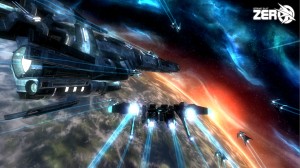 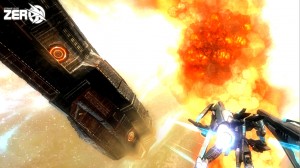