“The PC remains the primary platform for games of this nature. Even genres that have traditionally been seen as niche can find a large audience, if a developer is dedicated to quality, variety and learning from both previous experiences and the community at large.”

Hearts of Iron IV recently saw the release of Together for Victory, the first major expansion to the game.

“As a result of this success we are able to take advantage of extra time to add tweaks and polish to the game. Our community has high standards, and we will work hard to to live up to their expectations in the coming weeks and months. We really want HoI to be the best it can be for our fans.”

While there has been a controversy as to whether SteamSpy is accurate or not, we can actually see below that its report is almost spot on regarding Hearts of Iron IV’s sales. 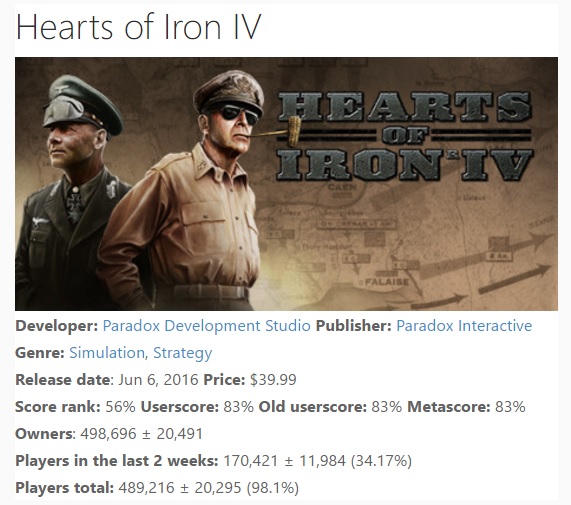