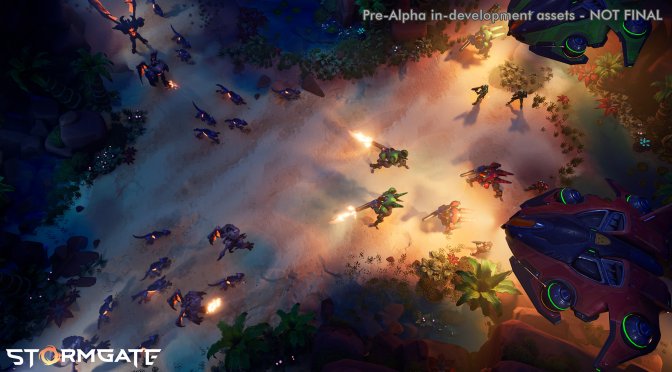 Frost Giant Studios has announced a new free-to-play RTS that will be powered by Unreal Engine 5, called Stormgate. Founded by veterans of the Warcraft and StarCraft franchises, Frost Giant is on a mission to build the next great RTS.

In Stormgate, players will explore an ever-evolving story through thrilling campaign missions where science fiction and fantasy collide—solo or cooperatively. Players will battle opponents around the world on our competitive 1v1 ladder. Additionally, they can team up with their friends to challenge the AI in cooperative modes.

Thanks to Unreal Engine 5, the game promises to support high-resolution HD visuals and hundreds of units in large battles. The game will also have a more user-friendly interface. As such, it will make RTS more approachable by streamlining inputs, automatically assigning units to control groups, and enhancing gameplay.