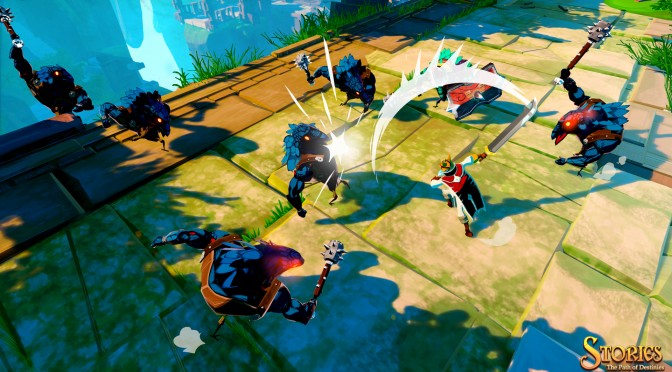 In Stories: Path of Destinies, players take the role of Reynardo; an ex-pirate and unintentional hero who suddenly becomes the last line of the defense against the mad Emperor and his countless ravens.