A Steam pre-order message/page has just confirmed the existence of Just Cause 4. Yeap, Just Cause 4 is real and Square Enix will officially reveal it at E3 2018.

This pre-order message does nothing when you click on the “Click for Details” button, meaning that the Steam store page is not live yet. As such, we don’t have any additional details about the development team behind it, the engine it will be using and its release date. 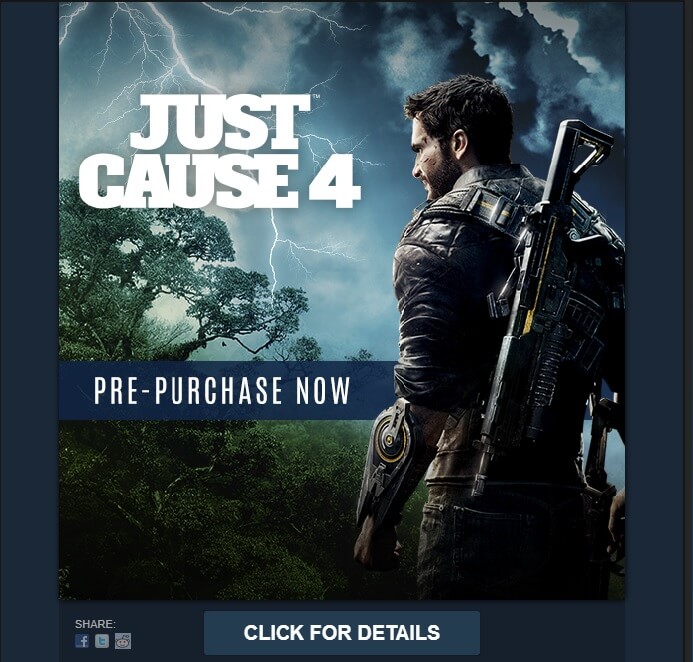