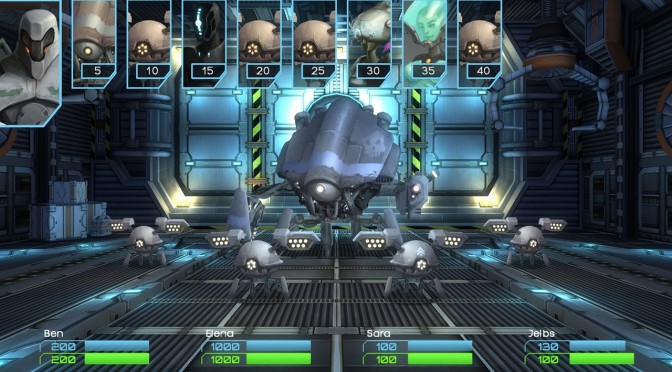 Juggernaut Games announced today their first title – StarCrawlers, a sci-fi dungeon-crawling RPG. In StarCrawlers, players will run a crew of talented fixers taking shady jobs on the fringes of space where their choices dynamically change the way they explore the environment, fight their foes, resolve encounters, and how their story ultimately unfolds.

As the press release indicates, this is a game that focuses on a dungeon. As you progress through the dungeon, you’ll face tougher and tougher enemies and be tested against elite bosses, requiring you to make strategic decisions about your team build, their combat specialization and their gear.

Team build will also have an impact on what you can do while exploring, with each character class bringing their own specialized skills to bear to help you avoid obstacles, deal with NPCs, and navigate hazards more effectively.

Here are the key features for StarCrawler:

Juggernaut Games will launch a Kickstarter campaign for StarCrawler soon.

Until then, enjoy the following debut trailer!