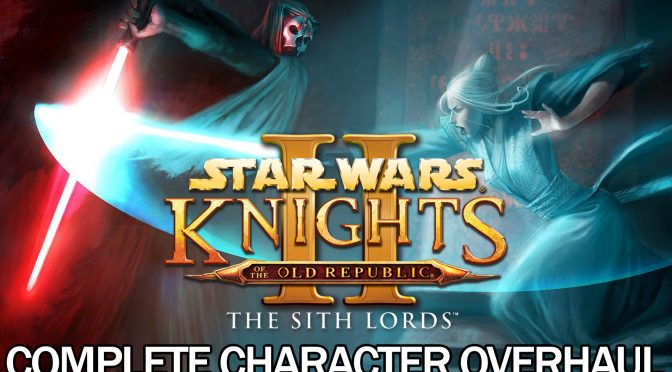 A couple of days ago, we informed you about an ESRGAN AI-enhanced HD Texture Pack for Star Wars: KOTOR. And today, I’m happy to report that a similar mod has been released for the second part in the Knights of the Old Republic series, Star Wars KOTOR 2.

This AI-enhanced texture pack is created by Red11BY; the same man behind the pack for the first Star Wars: Knights of the Old Republic.

According to the modder, this pack features HD textures for every NPC(Human,Alien,Droid) as well as for every male and female armor in the game.

Similarly to the previous pack, Red11BY used ESRGAN to upscale the textures to 2048×2048 resolution. As such, the newly introduced textures look sharper and retain all the art style of the original versions.

The modder also recommends installing his mod first and then replacing specific textures with textures from other modders. The reason Red11BY  suggests this is because hand drawn textures are usually better and sharper than the upscaled ones.

Those interested can download this 4.6GB ESRGAN AI-enhanced HD Texture Pack for Star Wars Knights of the Old Republic 2 from here.