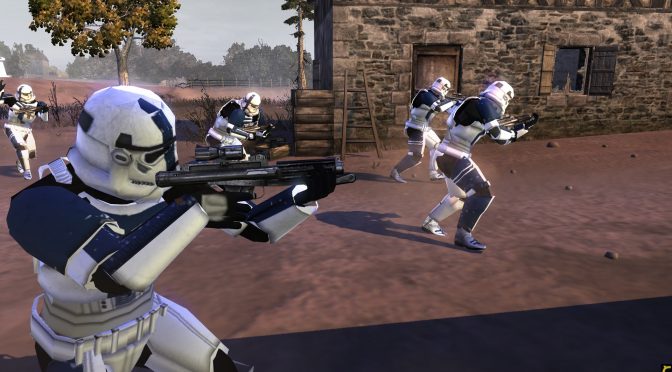 StarWars Frontlines – The Galactic Civil War total conversion mod will allow you to play as the evil Empire or the Rebel Alliance, in the civil war that occurs two decades after the Clone wars and the Great Jedi purge and is depicted in the original Star Wars trilogy.

This first alpha version features 2 asymmetrical factions: the Galacitc Empire and the Rebel Alliance, with one complete and functionnal Commander Tree each, custom 3D models and 2D icons for all of the units, abilities and gear, lasers special effects and different sounds for every weapon, as well as a complete, functionnal infantry units roster (no vehicles nor base building yet) each with their very own skills and way to fight. Furthermore, it comes with a custom map showcasing Tatooine scenery and designed for infantry combat and music from the Original Trilogy.