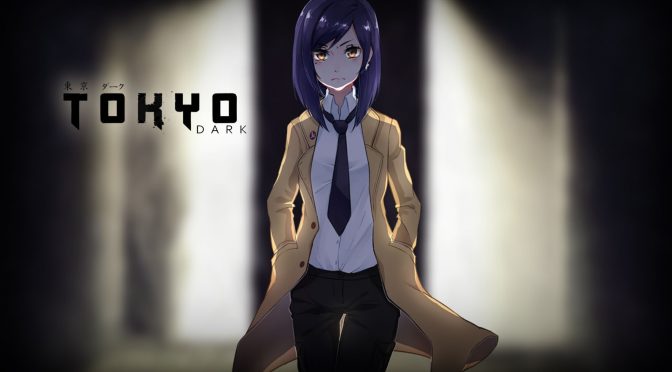 In Tokyo Dark, players take on the role of Detective Ayami Ito as she explores the streets of Tokyo in an attempt to find her missing partner; following leads, collecting clues and – most importantly – taking decisions that change her relationship with the city and its inhabitants.

“Ito’s story is an intentionally conflicting one. In Tokyo Dark, we want the player to be constantly questioning whether they’re one step away from solving the puzzle, or one step away from madness. Are they slowly unearthing the city’s dark living shadows, hidden from view, or are they imagining it all?”

Tokyo Dark’s anime style presents an immersive 2D world where the player is focused on peeling back the city’s layers to reveal the truth hidden underneath.

Taking inspiration from everything from Shenmue and Heavy Rain through to Clocktower and The Blackwell Legacy, dialogue choices throughout steer the story in different directions, changing Ito’s interactions with key characters and altering the game’s conclusion. Puzzles can also be solved in multiple different ways, ensuring players can find their own path as they play.

“Tokyo Dark goes beyond what most animated adventures attempt, with Ito’s very sanity called into question as she delves deeper into the city’s story. I think there’s a real appetite for new ideas in horror games, and Cherrymochi is certainly telling a dark tale, but in a fresh and absorbing way. We’re really proud that the team chose us as a publishing partner, and we know already that there’s a keen anticipation from gamers across the world to uncover the game’s layered mysteries…”