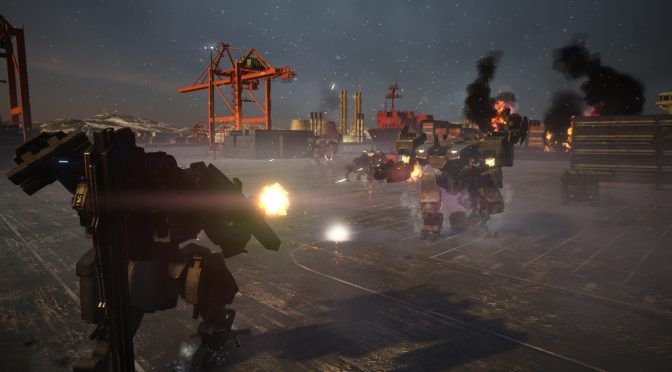 Square Enix has announced that its new survival action game, Left Alive, will be released on February 28th, 2019. In order to celebrate this announcement, the Japanese company released a new trailer that you can find below.

Unfortunately we don’t have any additional details about this game. Hell, its official website has not been updated yet with the new release date.

But anyway, this new trailer gives us a glimpse at the game’s world. From the looks of it, the main human characters and mechs look great, though this title is not going to ‘wow‘ you with its visuals. Still, it looks fine.

As we’ve already stated, Left Alive is being developed by Toshifumi Nabeshima (Armored Core), Yoji Shinkawa (Metal Gear Solid) and Takayuki Yanase (Ghost in the Shell). And to be honest, you will immediately notice the Armored Core and Metal Gear Solid influences here (which is great as we may never get a new Metal Gear Solid game now that Kojima left Konami).