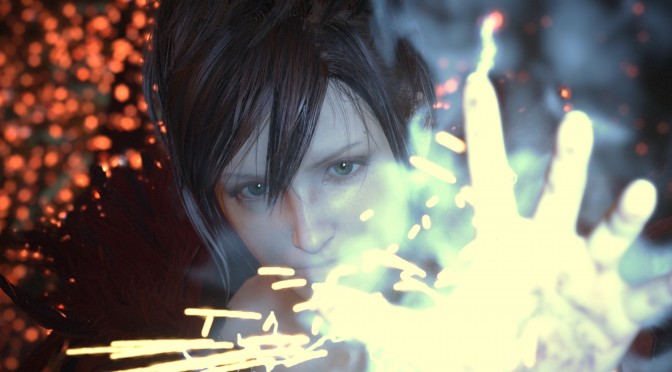 Square Enix conducted extensive research on real-time CG technology utilizing DirectX 12 in collaboration with Microsoft and NVIDIA. As the press release reads, the results of this research will be incorporated into Square Enix’s LUMINOUS STUDIO engine, and is intended for use in future game development.

WITCH CHAPTER 0 [cry] has achieved some of the world’s highest-level quality of real-time CG. It portrays the human emotion of crying – one of the most difficult representations for existing real-time CG technology. The emotion is displayed in a level of quality which has never been seen before with a real-time CG animated character teemed with life.

“Our team has always pursued cutting-edge pre-rendered and real-time CG. As a part of the technical development, we created this demo using world-class, real-time CG technology with generous support from leading-edge software and hardware providers – Microsoft’s Windows10/DirectX 12 and NVIDIA’s GeForce GTX. The efforts from this project will power future game development as well as FINAL FANTASY XV, currently a work in progress.”

“Square Enix is working on this next-generation research project as a showcase for our technology and creativity which will lead the future of Square Enix. The results will be used to further advance the quality and technical expertise of our games. We will continue to pursue this research on cutting-edge technologies including high-end real-time graphics using the innovative DirectX 12.”

Furthermore, this tech demo was made possible by using NVIDIA GeForce GTX TITAN X-4-way SLI PC. Yeap, you read that right. The monstrous rig that was used was equipped with 4 Titan X.

“We’ve designed DirectX 12 to deliver industry-leading performance across the widest range of form factors and graphic cards. The work Square Enix is doing plays a valuable role in exhibiting the potential of DirectX 12 to enable even greater innovation and optimized game performance.”

“WITCH CHAPTER 0 [cry] features the most ambitious real-time, cinematic-quality graphics ever undertaken. Square Enix’s achievement is nothing short of breathtaking. I am delighted that their amazing team turned to the NVIDIA GAMEWORKS EFFECTS STUDIO to help bring WITCH CHAPTER 0 [cry] to life. This is a preview of the beauty and artistry of video games to come.”