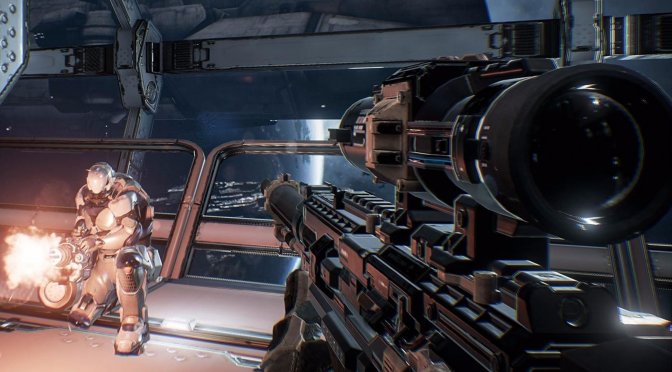 Sperasoft has announced its partnership with CCP Games, the creators of EVE Online, for a brand new game. According to the press release, this new game will be an online shooter that will be set in the EVE universe.

“We are excited to be a partner of CCP Games and share in their mission to create immersive virtual worlds. Our experienced team of developers aims to deliver cutting edge solutions for our client and gameplay innovations for their fans.“

“We’re delighted to be working with Sperasoft on our unannounced online shooter set in the EVE IP. Together, we’re looking forward to delivering a rock-solid, action-oriented gameplay experience with stunningly beautiful worlds.”

Unfortunately, we don’t have any additional details to share at this point. CCP Games stated that more information about this title will be revealed in the not-too-distant future.