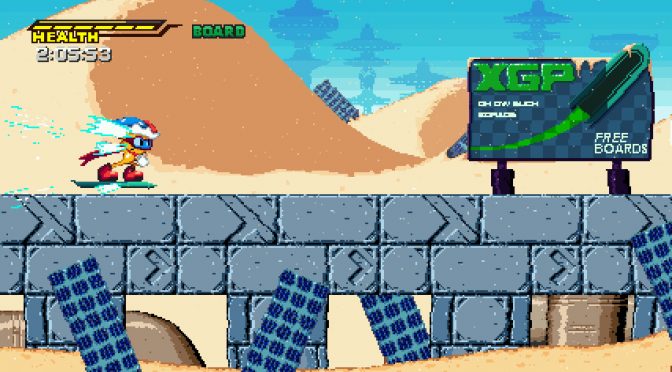 Feperd Games has released its new action/platformer video game that is heavily based on the best classics from the 16-bit era such as Mega Man X, Sonic the Hedgehog, and Kirby Super Star (Kirby’s Fun Pak in the EU), in which players assume the role of Spark; an electric jester frustrated by the loss of his job.

“On one beautiful day, robots decided to take over the world. Seeing as Spark’s job was taken by a robot, he decided this was the perfect opportunity for his revenge! Spark will have to travel through the world and be engulfed in high-speed thrills and tons of action against the robots and the one who has taken his job.”

The game is priced at 14,99€ on Steam and looks really retro-cool, so make sure to check it out if you are fans of 2D platformers!