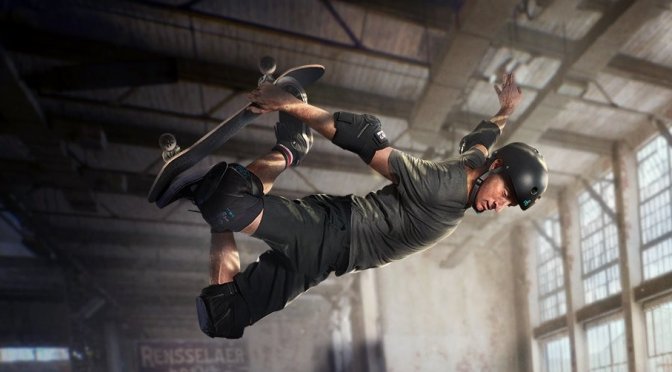 Now here is something really interesting. Activision has officially announced a remaster of the first two Tony Hawk’s Pro Skater games. Alongside the announcement, the publisher released the first in-game trailer. However, Sony has managed to mislead gamers by removing a very important detail from the official trailer.

As the official announcement trailer clearly states at the beginning, the gameplay shown here was captured on the PC. However, Sony has edited and removed that small detail from the PS4 trailer. Thus, the company is basically misleading gamers who may assume that what they’re seeing is what they’ll be getting on PS4.

Now there is a possibility that the PS4 Pro version may look and run similar to the PC version. Obviously, we won’t know until publications get their hands on both the PS4 and the PC version. Sony claims that the game will run with 60fps on PS4. Whether it will run at native 4K remains to be seen. It’s unlikely but hey, you never know. Also, it’s hilarious that Sony is hiding the fact that the official trailer is from the PC version.

For what it’s worth, Vicarious Visions is developing Tony Hawk’s Pro Skater 1+2 Remaster. The game will feature new assets, higher polygon skaters and modern-day effects. The PC version will support both 4K resolutions and 60fps (as we can clearly see in the trailer). Moreover, the game will release on September 4th, exclusively via Epic Games Store.

Lastly, Sony is not the only offender here. Microsoft has also removed that detail from the Xbox trailer of Tony Hawk’s Pro Skater 1+2. This is the definition of false advertising, especially since the original trailer clearly mentions that this gameplay is from the PC version. Now, theoretically speaking, Xbox One X could hit a native 4K resolution as it’s more powerful than PS4 Pro. That’s why this isn’t such a big issue with Xbox One X. And, to be honest, it seems unlikely that PS4 Pro will be able to hit a 4K native resolution. Obviously, PS4’s checkerboard will make it display a 4K image. However, and if you feel fine with this, I guess we can all claim to be running all games in 4K while using a lower internal resolution. We can all start lying to ourselves.

You can find below both the official trailer, as well as the edited PS4 trailer.