A rumor surfaced yesterday, suggesting that Sony paid Capcom for delaying the PC version of Monster Hunter World. Furthermore, this rumor suggested that Sony was to be blamed for the lack of cross-play and cross-saves. However, this rumor appears to be false.

Let’s start from the beginning though. AsteriskAmpersand claimed yesterday that, according to some leaked documents, Sony delayed the PC version of Monster Hunter World. 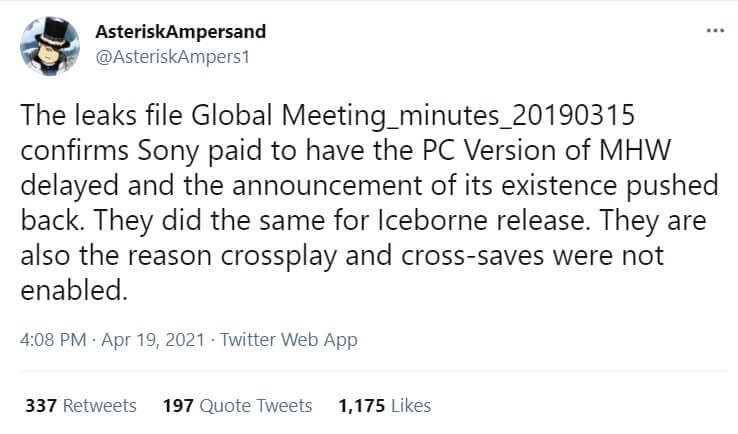 In short, Sony did not pay so that Capcom could delay the PC version of Monster Hunter World.

Lastly, and to his credit, AsteriskAmpersand admitted his mistake. 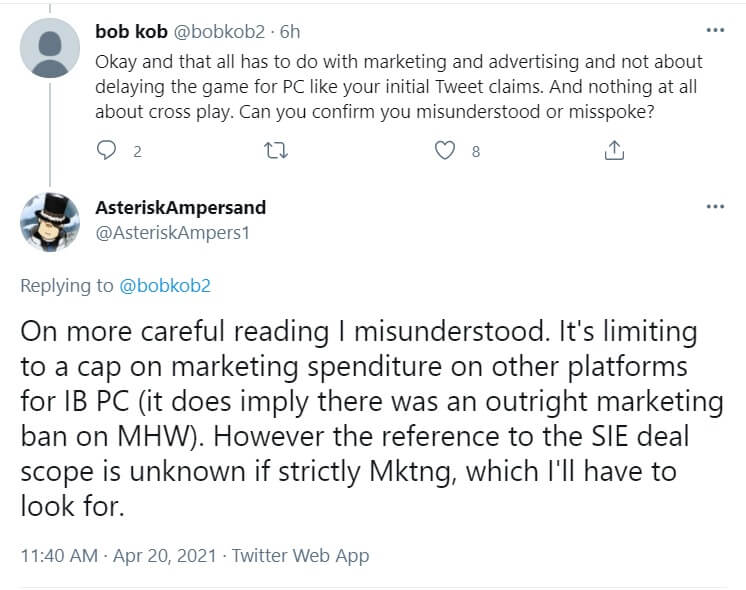