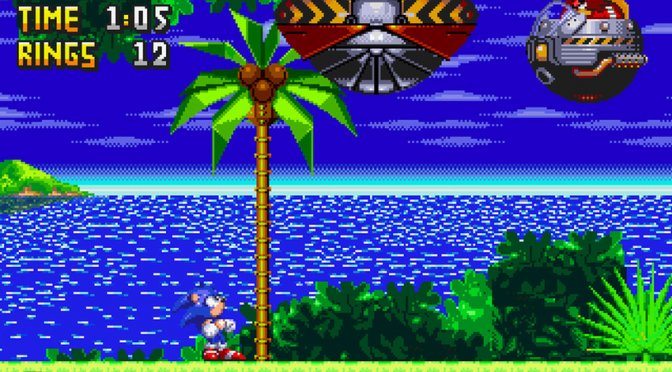 Now here is something really cool for all of our Sonic fans. Sotaknuck has released a free fan 2D Sonic game on the PC, that you can download right now. Sonic 3D in 2D is basically a re-imagining of – if I remember correctly – the last official SEGA Mega Drive/Genesis 16bit Sonic game, Sonic 3D Blast.

In case you weren’t aware of, Sonic 3D Blast had an isometric camera viewpoint and 2.5D sprites. It was an attempt to create a more graphically advanced Sonic game on the SEGA Genesis. However, the game also suffered from weird controls.

Sonic 3D in 2D reimagines Sonic3D Blast plot and levels with the style and structure of the classic Sonic games. Players can explore Flicky Island in a 2D side scrolling platformer that takes elements from the other Mega Drive/Genesis games to re-forge an adventure anew.

The game features 15 Acts to explore in 8 Zones, as well as 15 Boss Battles. It also comes with all classic shields, including the Golden Shield. Moreover, there are 3 playable characters at start (Sonic, Tails, Knuckles).

Naturally, the game has physics that are really close to the Mega Drive/Genesis Sonic games. It also comes with lots of Easter Eggs, as well as unlockable Extras for more gameplay options.

In short, this is a must-have game for all Sonic fans. Let’s also not forget that this is free.

You can download Sonic 3D in 2D from here. Below you can also find its launch trailer, so be sure to watch it.