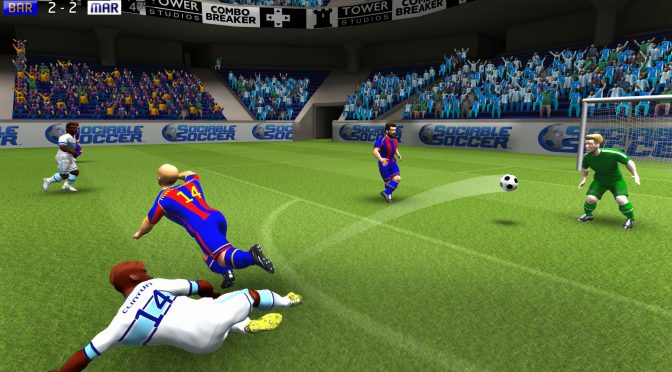 Jon Hare in partnership with Combo Breaker announced today that Sociable Soccer, their much anticipated, fast-paced, arcade take on the beautiful game, will launch on October 12th on Steam Early Access. According to the press release, Sociable Soccer will be easy to play and hard to master with a single player campaign mode, classic local multiplayer and online multiplayer available from launch and a 30,000 player card collecting online team mode in the works.

“We’re hugely excited to be launching on Steam Early Access. This is the first step towards our vision of a new, truly cross-platform, online and offline football action game. Steam Early Access will help us to tweak gameplay, introduce more game modes and respond to fan feedback.”

In order to celebrate this announcement, Combo Breaker has released a new mini trailer that can be viewed below.