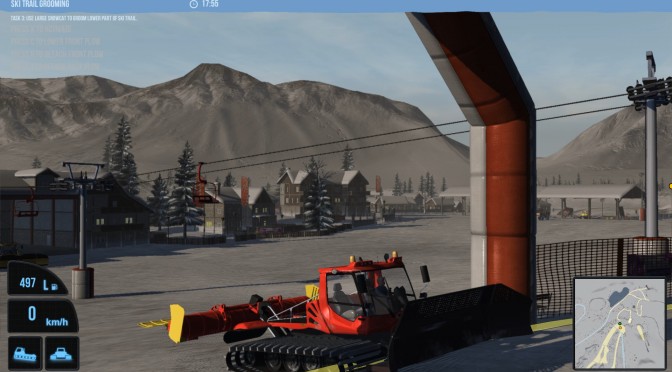 As UIG Entertainment noted via a press release:

“Everyday crowds of people arrive at the peak of the mountain, ready to ski down perfectly prepared trails – and it’s up to you to make their wish come true. In order to fulfill this duty, the player must handle snowcats in various sizes. In addition to the ski runs, you must use high volume snow blowers to keep the roads to the ski area clear as well.”

The game is currently available on Steam, and you can read below its key features:

Now I don’t know whether this will meet the success of other vehicle simulators, but it’s really interesting/funny/hilarious/you_name_it witnessing such games.