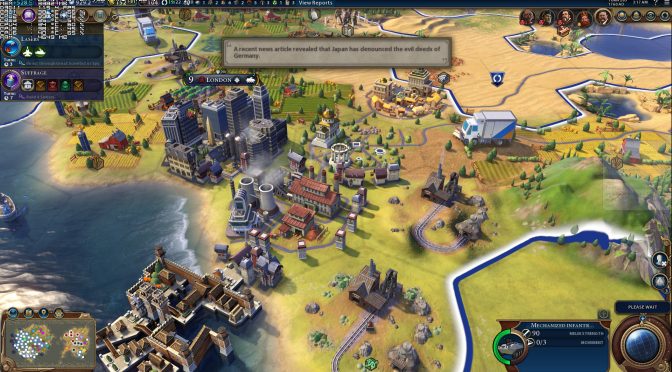 Firaxis Games has released the Fall update for Civilization VI. According to the release notes, this update adds DX12 support for AMD cards and NVIDIA Maxwell-series-or-later cards.

Furthermore, this update comes with miscellaneous polish applied to multiple improvements, districts, and buildings, fixes some issues with buildings not culling around other world items properly, and comes with a number of UI and Audio enhancements.

This update will be auto-downloaded from Steam, and you can read its complete changelog below.

We’ll be sure to test the game’s DX12 path in order to see whether it increases overall performance.