Gala Networks Europe is delighted to announce that SEVENCORE will start its Closed Beta Test today, June 10th in the afternoon on both French and German servers. Developed by new studio Noria, this fusion-fantasy epic MMORPG will offer an amazing gaming experience in a universe of fantastic technology and powerful magic.

SEVENCORE is based in a world in the midst of a conflict between the Grand Cross Alliance, led by the powerful Goldians, against the rival Amaad. Behind the scenes, a clandestine organization known as Seven Core control the outcome of events and contain the key to discovering secrets of the mysterious civilization which controlled a powerful energy known as Soulite. As these forces clash, the player must navigate through their custom story-line to undercover powerful secrets and determine the fate of their world.

The game will feature both technology and magic, providing for a highly unique and distinct stylistic experience. Gameplay will contain a vibrant dynamic between these two elements with a high emphasis on customization and the option of choosing between either mechanical or biological mounts. The player will be able to play as three different races and three classes each with their own unique experiences.

The Closed Beta Test will start this afternoon for all those who were selected to participate in the tests. All players with a pre-registration key will have guaranteed access to the SEVENCORE Beta phase. During the tests, players will be able to take part in a Meet & Greet with the Game Masters and Producers. Lucky players with access should take full advantage of this opportunity to explore the exciting world of SEVENCORE and meet the team. 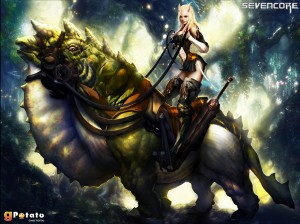 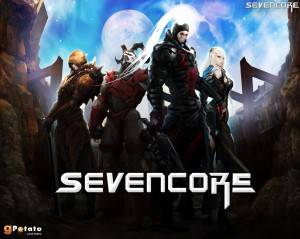 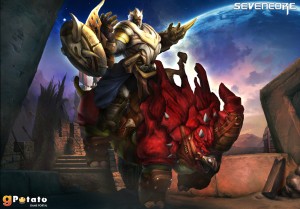 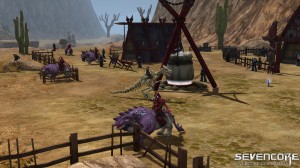 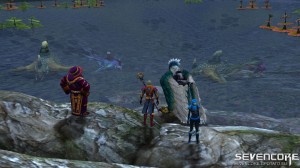 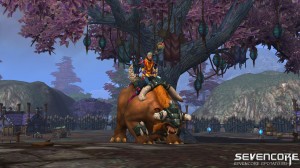 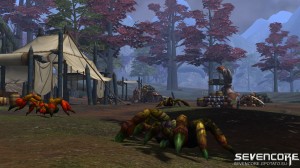 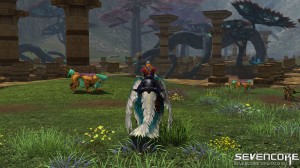