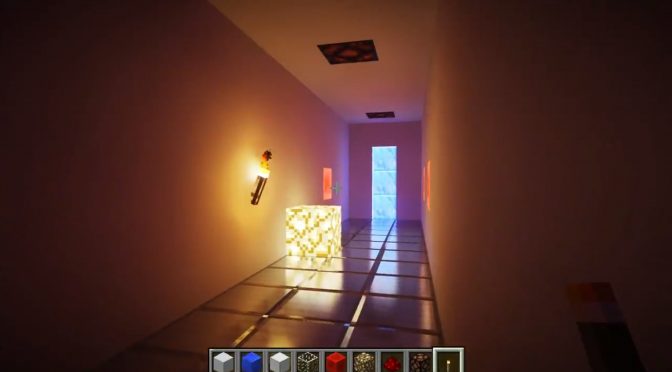 Modder ‘Sonic Ether’ has released a new version of his SEUS Renewed mod for Minecraft that enables Path Tracing. In case you weren’t aware of, Path Tracing is a rendering algorithm similar to Ray Tracing in which rays are cast from a virtual camera and traced through a simulated scene.

Path Tracing can naturally simulate many effects that have to be specifically added to other methods like Ray Tracing and some of these effects are soft shadows, depth of field, motion blur, caustics, ambient occlusion, and indirect lighting.

Twitter member ‘notglacier’ has spotted this latest version of SEUS and shared some videos, showcasing the newly introduced path tracing.

Messing around a bit more

you can do indirect lighting and stuff now pic.twitter.com/X8q3msBen7

Thanks to this latest version of SEUS, Minecraft now looks like a next-gen Minecraft game. These videos also show how important lighting is in video-games and even though path tracing won’t be implemented in modern-day games anytime soon, I seriously hope that we’ll get more ray tracing effects as years pass.

This latest version of SEUS is available to all Patreon backers and works on both AMD’s and NVIDIA’s hardware. Do note though that you’ll need a high-end GPU in order to play Minecraft with Path Tracing enabled at smooth framerates.