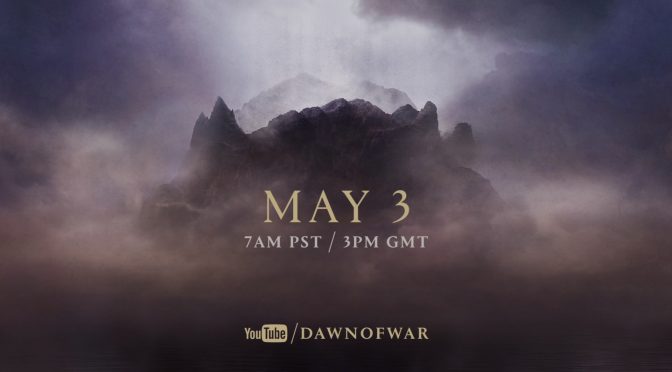 SEGA and Relic have released a teaser video for what seems to be the next instalment in the Dawn of War series. According to the teaser, something related to Dawn of War will be revealed on May 3rd (7AM PST/3PM GMT). Our guess is that SEGA will reveal Dawn of War 3 tomorrow. Naturally, take this with a grain of salt as this is just a hunch and nothing more. You can view the teaser video after the jump!