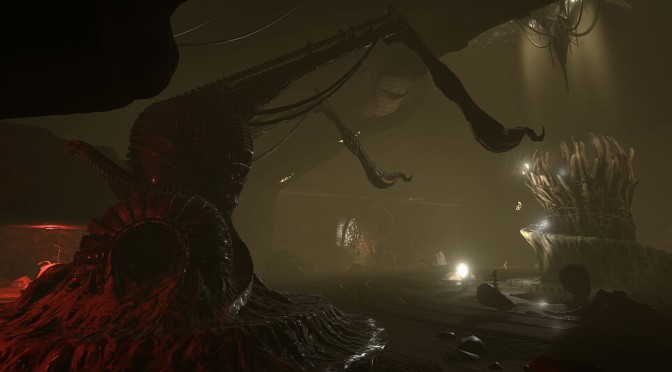 Ebb Software has launched a Kickstarter campaign for its upcoming first-person horror adventure title, Scorn. Scorn is powered by Unreal Engine 4, and aims to raise €200K in the next 36 days.

Scorn is set in a nightmarish universe of odd forms and somber tapestry, and is designed around idea of “being thrown in to the world”.

“Players won’t be taking control of an already fleshed out main character with predetermined personality and history. Instead it will be up to the player to give their own interpretation of the events, themes and there role in this universe through exploration and interaction with the game world. The story and themes that the game is trying to convey get there desired effect through experience rather than exposition.”

-Cohesive “lived in” world – Scorn takes place in open-ended world with different interconnected regions you can explore in a non-linear way. Each region is a maze like structure with various rooms and paths to discover. Environment is a character itself. Every location contains its own theme (story), puzzles and characters that are integral part of the setting. Progressing players will open up new areas of the game, acquire different skill sets and various items.
-Full body awareness – player will experience better immersion being aware of the character’s body and movement. Interaction with the world is realistic – objects are picked up with your hands (instead of just floating in midair), machines and instruments are operated by grabbing the controls etc.
-No HUD – For a greater immersion into the world there is no HUD to assist the player. Everything is implied and indicated through environmental design.
-Inventory and ammo management – is defined and limited. It plays a big role in keeping the player in an even greater state of awareness throughout the whole game. Players will have to think about when to fight and when to take cover and how their actions affect the world around them. Different play styles will be needed to advance. 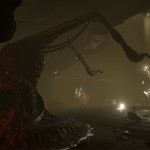 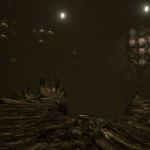 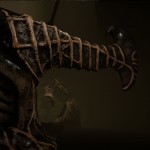 John here hijacking this story. Thomas was tricked by the official Kickstarter page. There is a typo there suggesting that the game is powered by Unity 4. That’s not true. Scorn is powered by Unreal Engine 4!