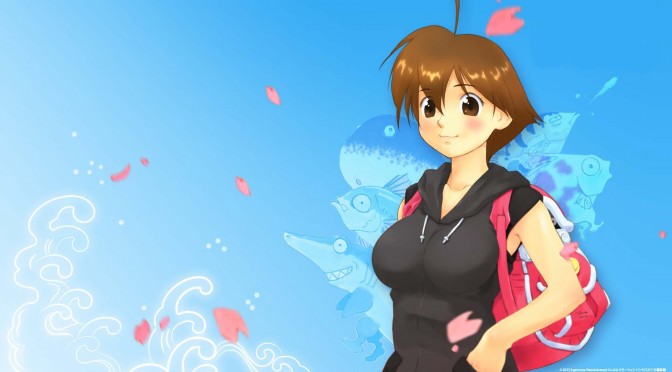 Agatsuma Entertainment confirmed today that Sayonara UmiharaKawase will be available to purchase on PC next month. As the press release reads, this will be the first time ever that PC gamers will be able to experience what makes this game and the UmiharaKawase franchise so unique and brilliant.

Sayonara UmiharaKawase is described as a totally unique ‘Rubbering Action’ physics based puzzle platform game with over 20 years of gaming history.

Developed by the creators of the original game (Kiyoshi Sakai and Toshinobu Kondo), this cult classic was a Japanese indie smash hit before the rest of the world knew what a cult classic was.

In Sayonara UmiharaKawase, players take the role of ‘Umihara Kawase’ – a 20 year old backpacking Japanese sushi chef armed with a fishing rod, a rubber fishing line and a fishing hook. Players can avoid fish-like enemies, conveyer belts, spikes, watery pits, time travel and more. The deeper in to this dream-like game players venture, the more challenging the solutions and the greater the time pressure becomes.

“It is the elasticity of Umihara’s rubber fishing line that has always set this franchise apart from all other rope games, giving unprecedented levels of mobility and discovery. Tightening the line or giving lots of slack can be the difference between success and failure. The bungee like nature of the fishing line allows the player to stretch down to otherwise unreachable areas or be catapulted upwards.”

· The latest version of this classic 20-year old franchise
· Created by programmer Kiyoshi Sakai (also programmer on ‘The Mosquito’) and character designer & illustrator, Toshinobu Kondo – creators of the original game.
· Unique 1970’s Japanese visual style
· All the 60 new and re-envisaged classic stages, plus the new enemy placements as used in the PS Vita game but upgraded for PC
· Additional bonus levels available once the game has been completed
· Global time ranking
· Unlock bonus features including some brilliant KAWAII style art and nostalgic audio with bonus sound track from the original game
· 4 playable characters, each with their own special abilities
· 60fps

And here are the new Steam features that will be supported in this PC release:

Below you can find a 45-minute playthrough from the PS Vita version in order to get an idea of what to expect from this title!