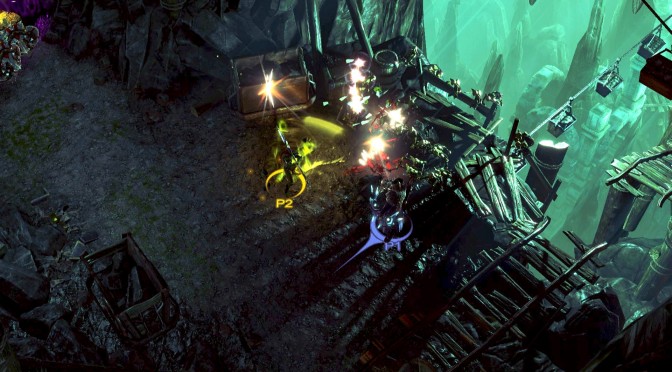 Sacred 3 was released earlier this month and to everyone’s surprise, it wasn’t a true successor to the Sacred series. The game lacked a lot of features, felt underwhelmed, and was not as good as Sacred 2. In short, it was a major disappointment for fans of the series and according to a former dev, everyone (including both the development team and the publisher) already knew that this game was never meant to be a true sequel to Sacred 2.

Sacred 3’s former dev that revealed all the juicy new information about this latest Sacred game was no other than Sascha Wagentrotz, who has provided proof of his identity.

As Sascha said, he was a Junior Game Designer at Keen Games and wanted to rename the game to something different than Sacred 3. Sascha claimed that a different title would be more appropriate, but Deep Silver decided to use Sacred 3 because “the 3 obviously sells better.”

Sascha also claimed that players should not overestimate “the power of a developer in a “work for hire” constellation with a big publisher, and that while the executive producer and creative producer of the game were employed by Deep Silver and did a good job, they had a boss too which was no other than the marketing department.”

“The marketing department of Deep Silver was the only one with enough power to change the direction of the franchise.” said Sascha and continued:

“Deep Silver owns the IP, they spent the whole money and had the financial risk on their own. Of course they say how it goes and in which direction. I don’t have to have their oppinion, but it’s their right to do so. They still paid salaries for us developers and our families, for a long time.

If a publisher owns an IP and would like to produce a sequel, he often gives other developers the opportunity to apply for this project. The interested developers then usually make a prototype, a high concept document and a production/budget plan. It’s like a casting. In case of Sacred, keen did the best pitch and had the best prototype. Then they got the budget which enabled them to hire a lot of key personell and “infantry for the concent creation front”. So no, the portfolio does not matter. Keen is an experienced developer with a lot of skilled individuals. Sometimes it’s better to empower those people.”

In short, Sascha blames Deep Silver for using Sacred 3 as the game’s title, despite the fact that the game wasn’t really a true successor to Sacred 2.

Moreover, Sascha said that the whole story and chatter writing was outsourced to another studio, something that can be noticed at the end credits.

All in all, it’s obvious by now that Sacred 3 is not what Sacred fans were expecting. And Sascha’s confession basically gives us a insight on what is happening between publishers and developers.