In case you missed it, a rumour has been circulating for some time that Ubisoft might add their in-house game subscription service to Game Pass Ultimate. In a tweet posted the day before New Year’s eve, a senior editor at windowscentral.com stated that this merger with Microsoft is highly likely.

The editor in question is Jez Corden who has made something of a name for being on the inside of Xbox’s future endeavours, so many in the gaming community take his predictions quite seriously. While Corden was not the first to hint at this rumour regarding the French publisher, his tweet adds unique impetus to speculations on Ubisoft’s plans. 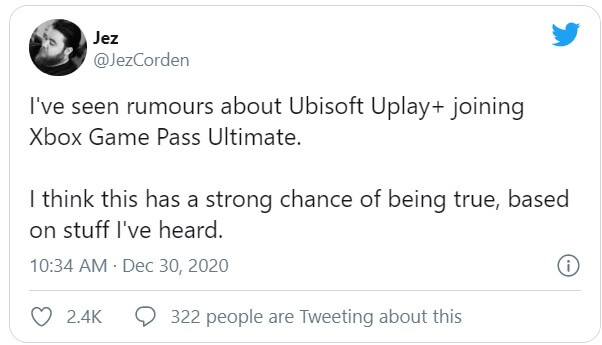 Much like EA Play – which coincidentally joined the Xbox Game Pass Ultimate in November – Ubisoft+ is the French publisher’s attempt to get in on the ‘Netflix for games’ market by giving players access to their exclusive library  for a  single monthly fee.

Ubisoft+ has been active since September 2019 for PC players, but its success has been dwarfed against the popularity of Microsoft’s offering which, as of September 2020, garnered more than 15 million subscribers.

Adding a Ubisoft+ subscription to Game Pass Ultimate for a single price could bring classic series like Assassin’s Creed, Far Cry or Ghost Recon to a wider gaming audience, while Ubisoft will certainly reap the financial benefits of higher subscriber numbers.

The only catch for us is that it might take some time before Ubisoft+ joins the PC flavour of the Game Pass Ultimate subscription. EA Play, for example, was scheduled to join PC Game Pass Ultimate in December 2020, but has since been pushed back to an unspecified date in 2021. 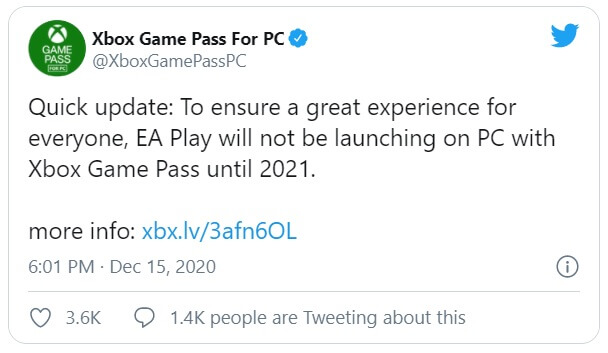 Again, this is all strictly hearsay, so temper your expectations for whether or not Ubisoft will actually decide to take the plunge.