The Evil Within may very well turn into the worst PC game (at least when it comes to the overall quality of the PC version) of 2014. After those ridiculous system requirements, a new rumor arose yesterday, suggesting that the PC version may be locked at 30fps. And what’s even funnier is that Bethesda has not yet commented on those rumors, suggesting that this may very well be legit.

When a fan asked Bethesda’s senior producer, Jason Bergman, whether the PC version will be locked at 30fps, Bergman did not provide a concrete answer. This particular fan has been asking this very same question over and over again, but Bergman declined to give a simple answer regarding this crucial detail. 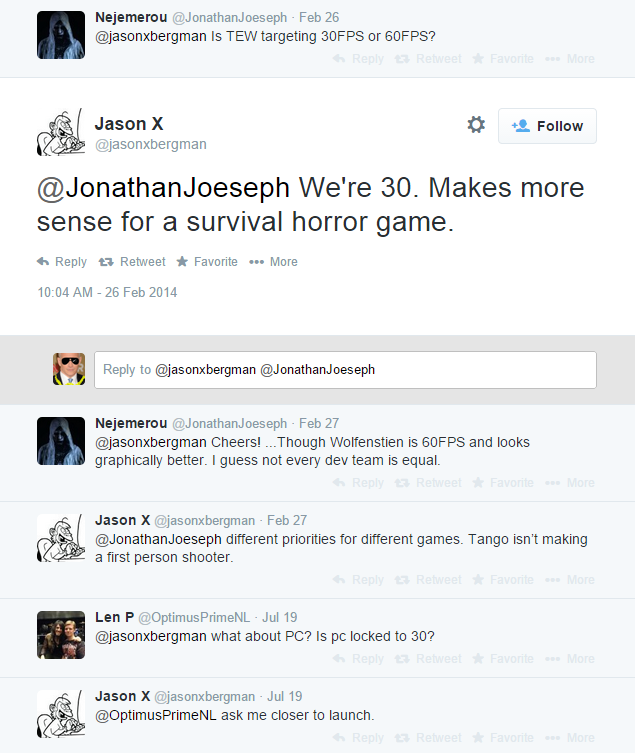 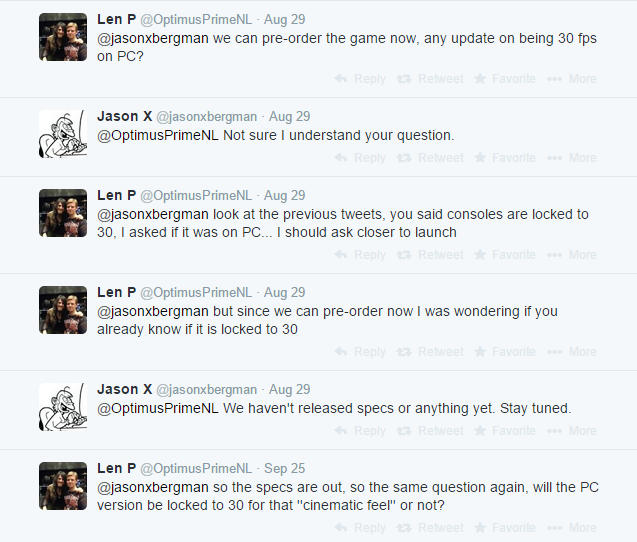 Moreover,’Cboat’ (an industry insider) claimed that The Evil Within PC will be indeed locked at 30fps.

Bethesda has not commented yet on these rumors, however we strongly suggest being cautions about the PC version of The Evil Within. At least until we get our hands on it.