INTEL has been using the same iteration of the” 14nm” FinFET process node with the Skylake Architecture for many years. Comet Lake-S was also fabbed on this “aging” process node, which has held Intel back in terms of IPC uplift and efficiency gains over AMD’s Ryzen lineup.

For the past 5 years or so INTEL has been relying on the same old “refined” process node without giving us any significant IPC and/or efficiency gains. Now, some new info on Intel’s next-gen CPU core µarchs has been posted by MebiuW on twitter, coming via a “Weibo” user in China. According to this new leak we get a short glimpse on Intel’s upcoming CPU architectures.

Though these IPC gain numbers/figures seem a bit vague so I suggest you take this article with a “grain of salt”. With that being said, can we now focus on this new leak/rumor ?

According to this leaked finding, “Willow Cove” core µarchitecture which will be featured on the upcoming “Tiger Lake CPUs” for the Mobility platform might bring a 1.25X or 25% IPC uplift over Skylake.  For the desktop platform Intel’s “Rocket Lake-S” lineup is also rumored to feature new Willow Cove arch.  So we can again expect a 25% increase in IPC with Rocket Lake-S.

The “Sunny Cove” CPU µarch which was used in ICE LAKE CPUs (mobile), already brought an average of 18% IPC improvement over Skylake.  Lastly, the “Golden Cove” core architecture featured on the upcoming “Alder Lake-S” Desktop CPUs might give us 1.50X or 50% gain in IPC over the Skylake µarch.

We are more interested in the next-gen DESKTOP CPU lineup which would be Rocket lake-S and Alder Lake-S respectively.  The 11’th Gen Rocket Lake-S desktop CPUs are also going to be compatible with the current Z490 chipset and LGA 1200 socket motherboards.

Rocket lake-S CPUs are going to support the PCIe 4.0 standard and interface, and as per some rumors Rocket Lake -S might launch at the end of this year, or early 2021. But this places Intel’s Z490 platform longevity in a difficult position, since INTEL won’t be supporting even the LGA 1200 socket for long. LGA 1200 based motherboards are probably not going to stay for a long time, as Z490 is only expected to support Comet Lake-S and Rocket Lake-S CPU series, while Alder Lake-S is already rumored to feature the LGA1700 socket.

Intel’s Alder Lake-S on the other hand is going to be a successor to Comet Lake-S, and will feature a new socket LGA 1700. This socket will have support for at least three generations of Intel CPUs. Most importantly, Alder Lake-S is expected to feature a new “big core / small core” architecture, featuring Golden Cove and Gracemont cores.

According to one report it is now speculated that these architectures are Golden Cove (Willow Cove successor) and Gracement (Tremont successor) respectively. Willow Cove is expected to appear in the upcoming Rocket Lake-S series of processors.

LGA 1700 socket is getting a support for 3 generations of Intel CPUs. This is something new for INTEL because the company has been known to support a short socket lifespan till now. These rumors indicate that Intel’s LGA1700 socket will compete with AMD’s AM5 socket in terms of platform longevity. 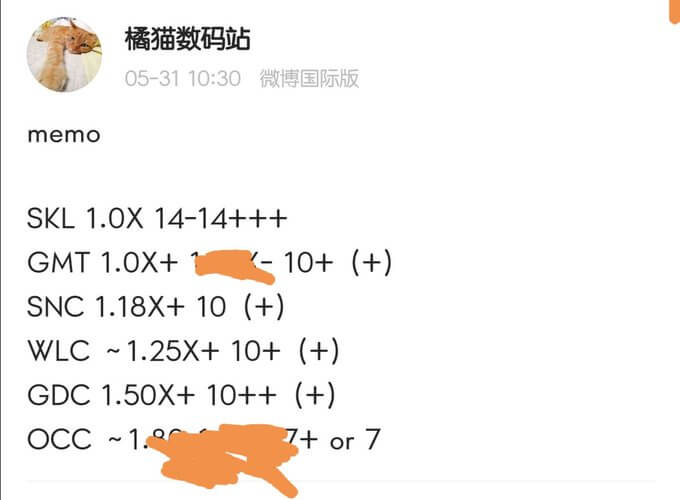