Warner Bros confirmed today that Robin will be a fully playable character in the new and improved challenge mode in Batman: Arkham City. Those who pre-order the game from Best Buy, will get exclusively the Tim Drake Robin Pack. You can view a render of Robin after the jump.

The Tim Drake Robin Pack will be available on PC, PS3 and X360. This pack will also include two new challenge maps – Mask Hideout and Freight Train Escape – and will also contain a bonus Red Robin character skin.

So Robin fans, make sure to pre-order the game and get this Pack to play as your favourite character in all maps of the game’s Challenge Mode. 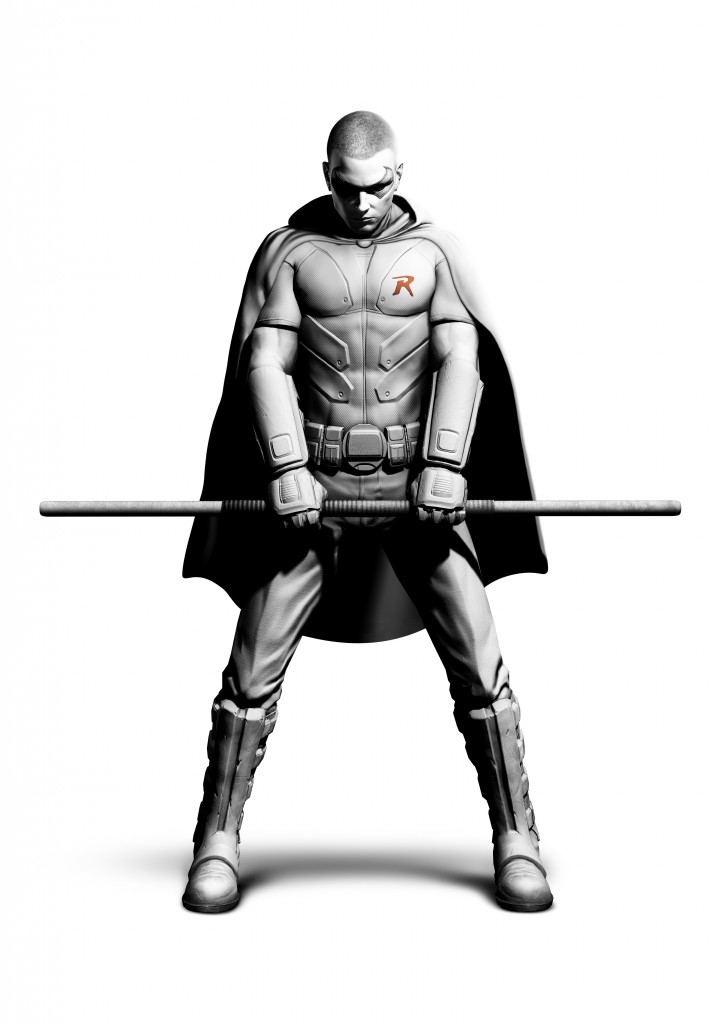