Our reader Johnny Bravo has informed us about a possible leak of the third part in the Risen series. The German multimedia firm ‘Dluxe media’ revealed via its Facebook page that it has scored a contract which involves the creation of the soundtrack for “Risen 3: Blazing Oceans”. Dluxe media has already deleted that post, however RPGWatch member ‘Moriendor’ has managed to take a screenshot of that post.

This is the first time we hear something about a new Risen game. And quite frankly, we hope that Piranha Bytes will be able to offer us something a bit better than Risen 2. You know, like a game with a proper PC inventory system and some better combat mechanics.

If that title is also true, we can expect this new Risen game to be centered around… oceans. The return of Risen 2’s pirate-theme seems plausible at this state, though we hope that Piranha Bytes will also experiment with something else.

It will also be interesting to see which platforms Piranha Bytes targets for this new Risen game. The PC platform is a given, but what about the consoles? Will Piranha invest on the fan-base of PS3 and X360 or will it move on to next-gen. After all, it’s no secret that Piranha had difficulties porting Risen 2 to current-gen consoles.

Here is hoping that the team will unveil more details about it in the coming months.

For now, enjoy the teaser image! 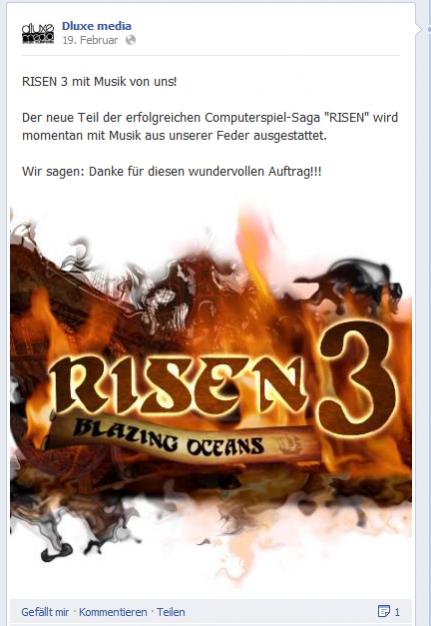