Deep Silver and Piranha Bytes today announced the official release date for the epic pirate RPG Risen 2: Dark Waters as April 24th, 2012 for USA and Canada and April 27th, 2012 for countries in Europe. Both companies also revealed the final packshot of the game showing the emblematic pirate Jolly Roger (skull and crossbones) – but with a Risen 2 twist. The packshot – for each and every platform – can be viewed bellow!

In Risen 2: Dark Waters, the Inquisition dispatches the hero to seek a remedy against the monstrous sea creatures that are interfering with the shipping lines, thus cutting off the islands’ supplies. The pirates seem to know how to deal with these critters … but they are hardly cooperative.

New gameplay elements add to the diversity of Risen 2; for example, players can also use firearms now. And, being pirates, adventurers can also employ special new skills called Dirty Tricks, allowing them to confuse or attack enemies in combat. 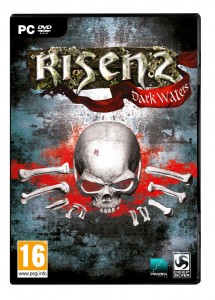 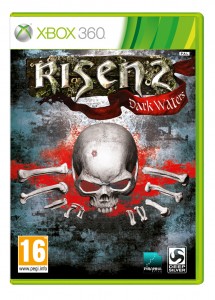 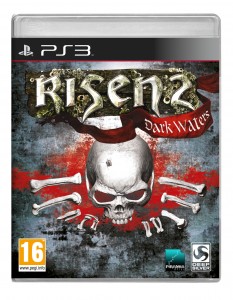