It took them a while, but both Rise of the Tomb Raider and XCOM 2 were able to sell more than one million copies on Steam. This information comes from Steamspy’s database, meaning that it’s pretty much accurate.

What’s also interesting here is that both of these titles were released in February 2016, so it took them eight months in order to sell one million copies. 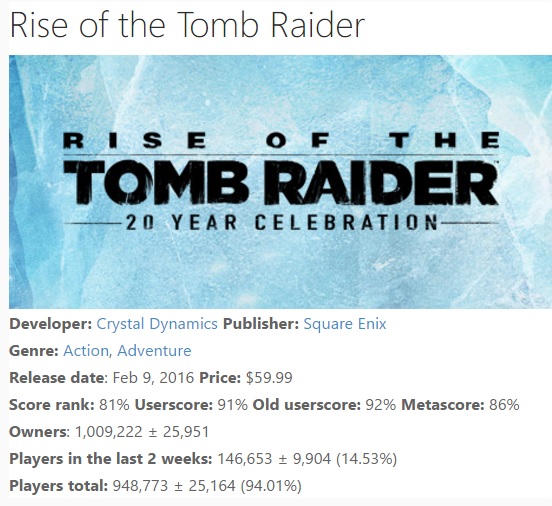 It’s also worth noting that both of these games are still priced at $59.99, something that may explain the difference in sales compared to their previous parts. 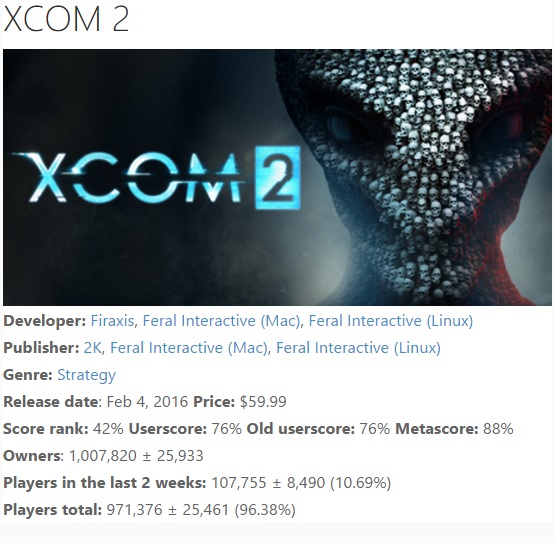 For comparison purposes, XCOM: Enemy Unknown has sold 3.4 million copies (do note that this game had a free weekend, something that significantly boosted its sales) and Tomb Raider 2013 Reboot has sold 4.3 million copies (though it’s now priced at $19.99).