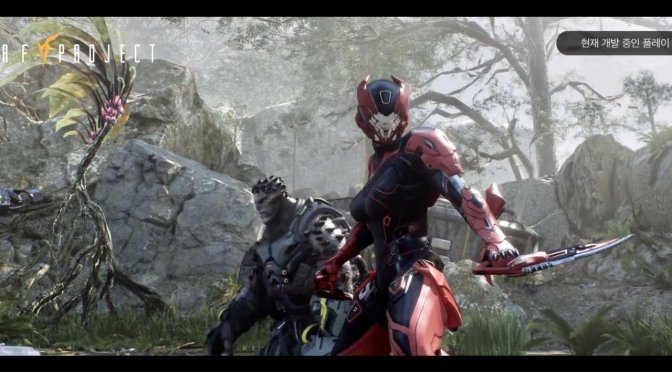 Netmarble has shared a gameplay teaser trailer for RF Project, a game that feels like a better version of Anthem. RF Project is basically a reboot of RF Online; an MMORPG that came out in 2004.

In RF Project, players can fly in a similar style to Iron-Man or Anthem. Moreover, they will be able to ride a giant robot armored personnel carrier and fight with heavy weapons. Additionally, they can summon the super-giant summoned Animus to fight with them, giving them a strong and new experience while feeling nostalgic for the RF of the past.

RF Project will offer three races to choose from. However, what’s great here is that the game will let players join any of the 3 races and test out which side suits them best. In addition, the game will feature a huge massive open world, featuring different terrains and biomes, new enemies, and new aesthetics for all the races.

Furthermore, the RVR emphasized in the original is implemented as it is. CEO Kwon Min-gwan said:

“RF’s fierce RVR based on the fight between countries is a narrative that users create by itself.”

There is currently no ETA on when RF Project will come out. We do know though that it will be coming on PC and mobile devices, and will be a cross-platform game.