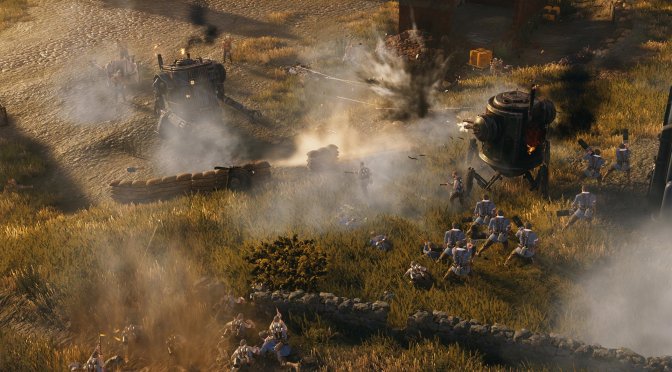 King Art Games and Deep Silver have announced that Iron Harvest is free to play this weekend on Steam. From today and until May 3rd, PC gamers can visit Valve’s store, download, and play the game.

As its description reads, the game lets you control giant dieselpunk mechs, combining epic single-player and coop campaigns as well as skirmishes with intense action on the battlefield for multiplayer fans.

Below you can also find a new trailer for it.