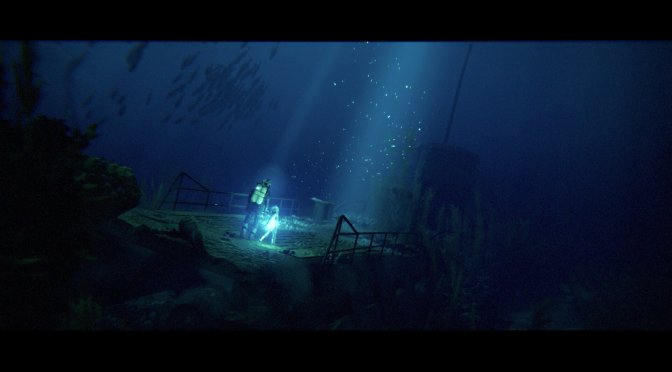 Quantic Dream has just announced a brand new narrative-driven adventure game, called Under The Waves. Developed by Parallel Studio, Under The Waves will be coming to both old-gen and current-gen platforms. Moreover, you can find below its announcement trailer.

“Under the Waves is a narrative-driven adventure game about the engulfing power of grief. Set in the depths of the North Sea in the techno-futuristic 1970s, professional diver Stan is struggling to overcome a life-changing loss and embrace a new future. The isolation of the deep sea is a fitting manifestation of his state of mind, and as Stan retreads further into his self-imposed solitude, he starts to experience strange events far beneath the waves. He will eventually have to make a difficult choice… stay lost in the depths forever, or break free to the surface and to the rest of his life.

A love letter to the oceans, Under The Waves invites you to dive into a gorgeous underwater world, brought to life in a poetic blend of cinematic visuals and poignant storytelling. Live a gripping story through Stan’s eyes and guide him through an unforeseen series of events that will bring him deeper and deeper into the abyss, the reflection of his own psyche.
Wander the vast seabed piloting Stan’s submarine and encounter the beautiful wildlife, Stan’s only company while he’s trapped in his own mind. Explore caves, wrecks, and underwater plants with Stan’s special wetsuit, following the mysterious manifestations of his memories, to find a way back to the surface and save his life. Collect materials and craft equipment that will help Stan navigate further on this self-discovery expedition.”

Quantic Dream plans to release this game in 2023.

Under The Waves | Reveal Trailer | Gamescom 2022