Great news for all fans of tactical FPS games, as the latest beta build of the amazing Project Reality: ARMA 2 mod has finally been released. This new beta comes with many bug fixes, performance and network optimisation, the addition of the US Army faction, new missions, including 6 on Chernarus, game mode modifications, new vehicle maintenance and cargo systems, the Woodland FV510 Warrior, familiar weapon switching system using number keys and a Battle preparation time.

As with PR:ARMA2 v0.1 back in September, this release is a BETA and therefore should not be considered a final product. It should also be noted that this is v0.15 of a brand new mod on a new game engine and should not be compared in anyway to the Project Reality: BF2 modification. The aim of this BETA release is for the PR Team to get quality feedback to ensure that we are progressing in the right direction with the PR:ARMA2 mod.

The team has various assets and a new island almost complete, but they are simply not ready to be included in this BETA release. In some cases placeholders have been implemented so that they can concentrate on the more important gameplay aspect of the mod to ensure they get it right first. 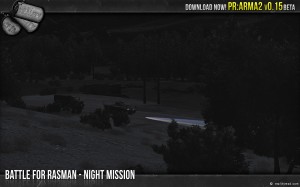 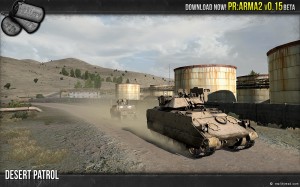 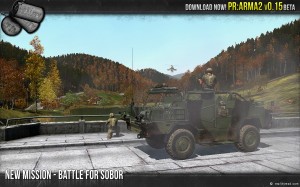 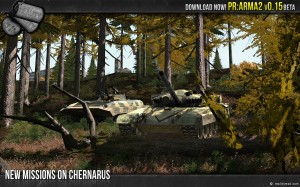 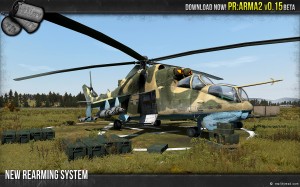 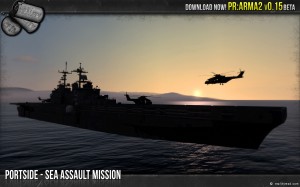 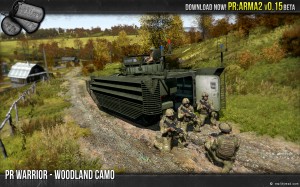