During Nvidia’s Montreal event – which is underway as we speak – the green team announced that Project CARS will support DX11 (okay, we already knew that), as well as Nvidia’s PhysX particles and Turbulence effects. Although the green team did not reveal any additional details about it, it was well known that Slightly Mad Studios was looking for ways to further enhance its racer’s tech. Well, now we know some of the additional features that will be featured in it. 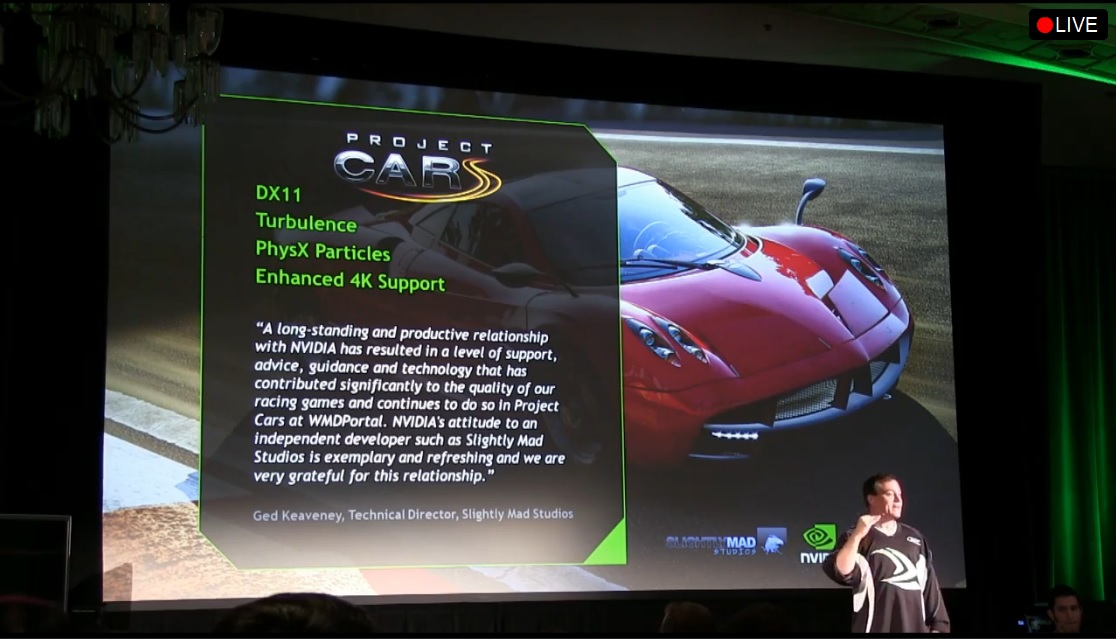 Since Project CARS will support Turbulence, this could very well mean that there will be GPU hardware support for the PhysX effects that will be implemented. Given also the fact that the title was mentioned by Nvidia – while Arma 3 and other games that support PhysX via its CPU path were not mentioned – we can be almost certain that Nvidia users will enjoy more effects than their AMD brothers.