Player Unknowns Battlegrounds just received their monthly update and that is what has pushed Battlegrounds to position number 2 of the highest amount of concurrent Steam players at once. 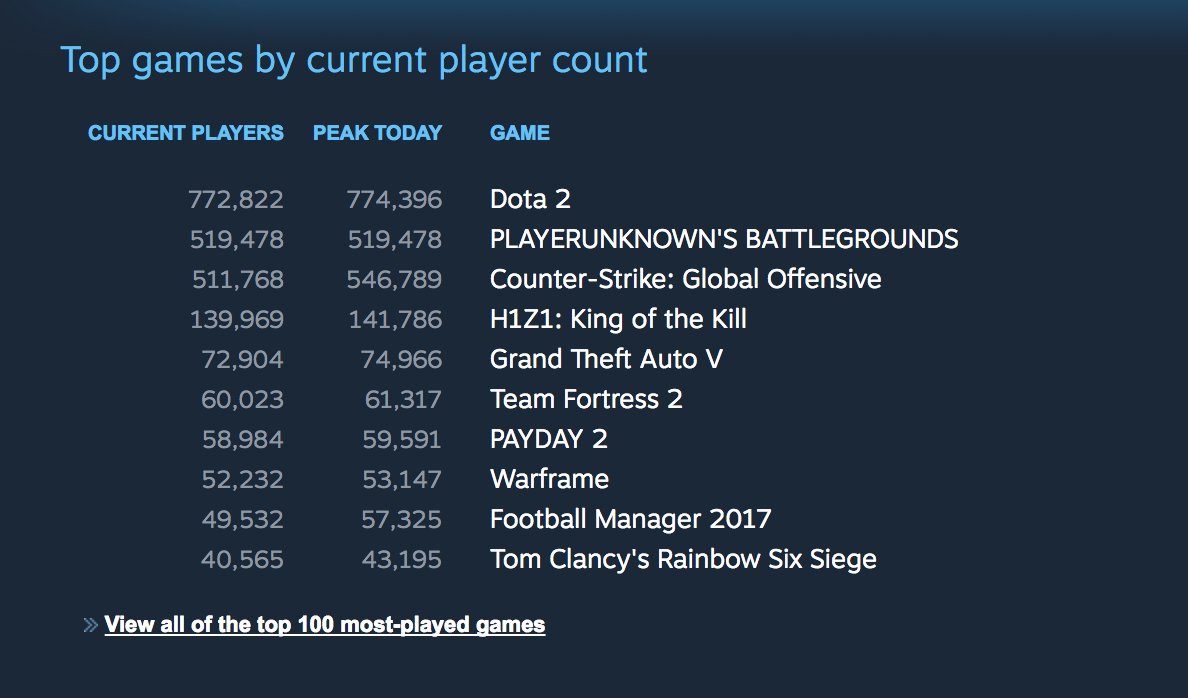 The screenshot above is from PlayerUnknown’s twitter account, he posted saying “Thank you all so very much for your continuing support!” Battlegrounds peaked at a total of 523,000 players and is no doubt going to be increasing more and more as Bluehole roles out updates that players are just going to gobble up.